Light Remodel of a Utica Sterlingworth

This is a late Utica-built Fox Sterlingworth. These guns aren't known for their fit and finish and sadly, this particular gun was at one time the victim of some hack's buffing wheel. The goal of this project was to simply "clean up" the frame shaping and rectify as much of the buffing damage as possible. This is not a full-blown custom gun, just a minor facelift. I've included some video of the "heavier" work as well as photos. It's going to get simple single-line borders on the panels and a banner on each side with A.H. Fox inside.

Here it is after annealing, before any work was done. 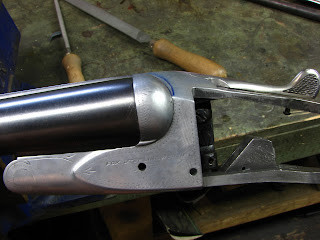 Here is the right side with the fence done and the cheek flattened. I also continued the raised rib at the bottom of the fence up to the top of the side panel. 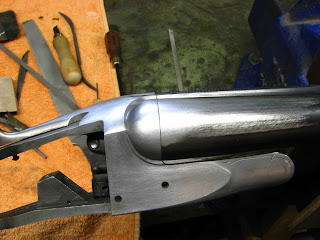 Here are some photos of the finished frame. All of the screws are of the pin spanner type which will hopefully discourage any "unauthorized entry" later. The floorplate screw hole was so badly funneled from the buffing wheel that I had to machine it to a larger diameter in order to get rid of the damage. Obviously a new screw with a larger head had to be made to fit the new hole. 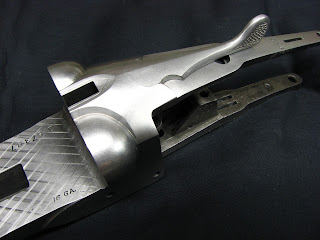 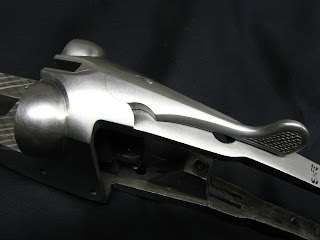 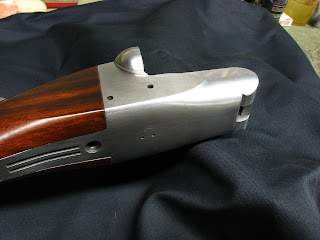 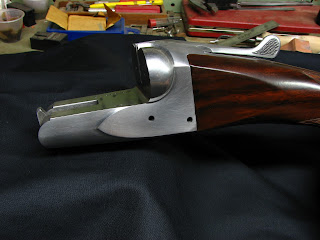 The triggers were cleaned up and I filed a scroll into the web of the front trigger. 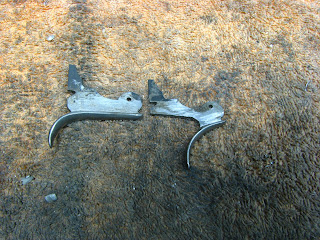 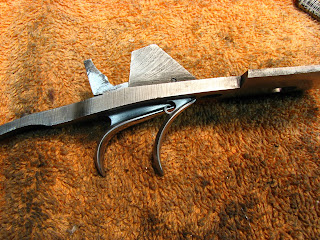 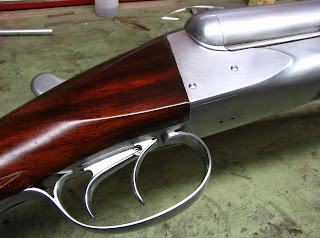 Here is the finished project. 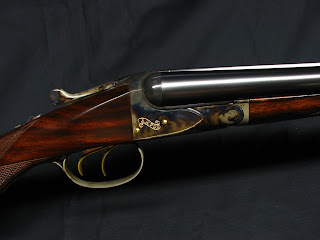