This Daly had clearly sat unused, and apparently uncared for, for quite some time.  The forend tip and grip cap were missing, it was coated in rust and caked-on dirt and it didn't "present well".  The client was willing to bet that this gun was a diamond in the rough so he sent it here to be properly cleaned and have it gone over and through.

The before and after condition is fairly startling, and highlights the importance of employing proper methods of cleaning, in order to preserve any original finish that may remain, as well as any patina that the gun has acquired over the decades.

I know, everybody thinks that cleaning a gun is a "piece of cake", "it's easy", "we'll shine that right up".   Well, I've too often seen the results of well-meaning but ill-informed attempts at cleaning vintage guns and it's often not very pretty.  Here's a hint, wire wheels and wire brushes are never the answer.  Neither is any sort of abrasive compound like Flitz or Simichrome.  That kind of treatment may well get the gun "clean" but its value (and looks) will surely suffer for it. 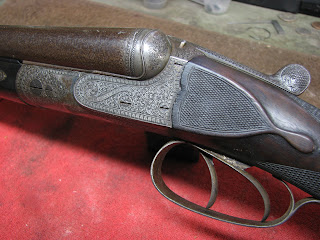 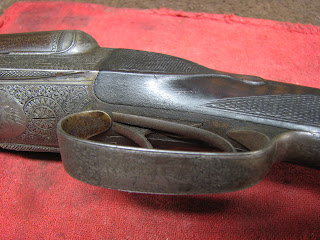 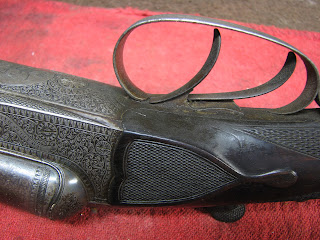 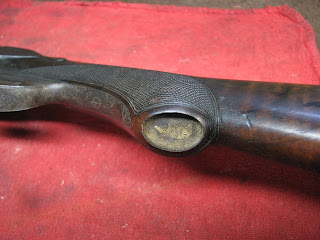 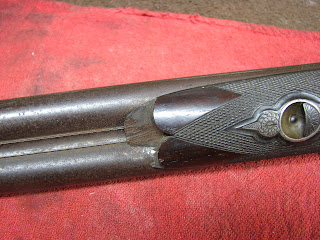 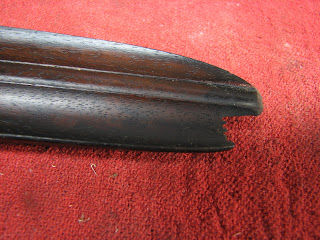 After consulting with the client, it was decided that the missing forend and grip cap would be made in ebony. 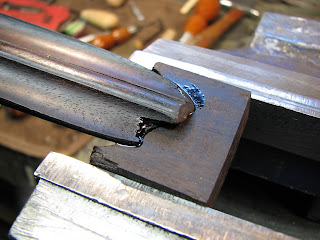 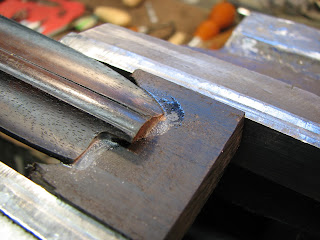 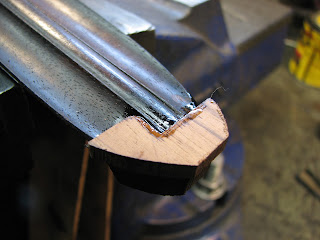 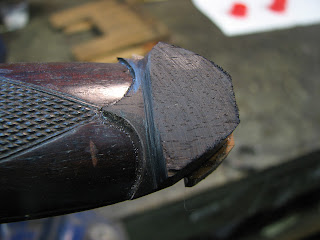 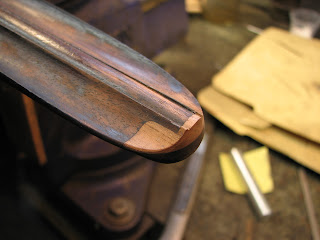 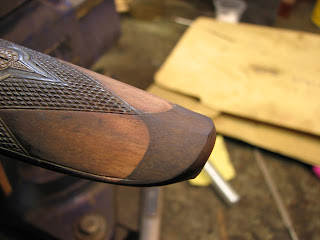 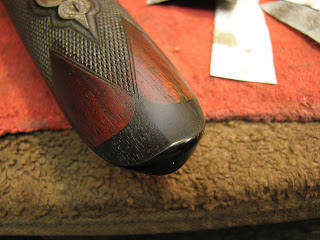 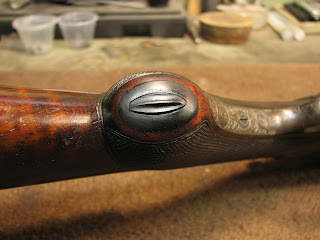 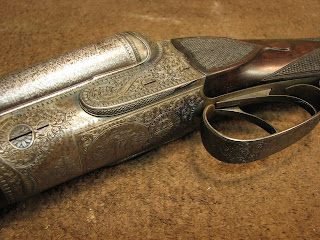 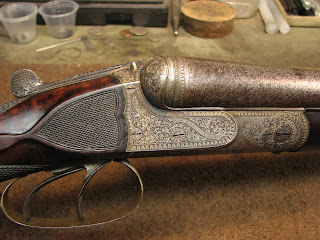 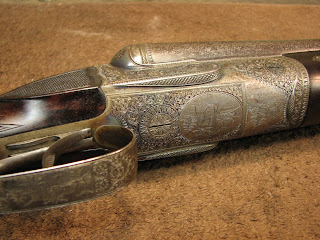 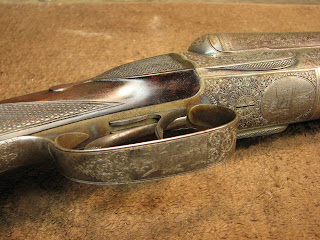 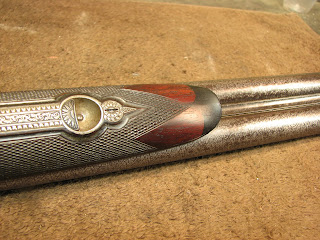 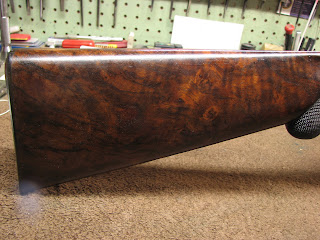 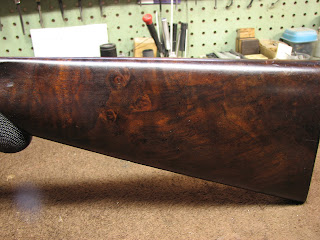 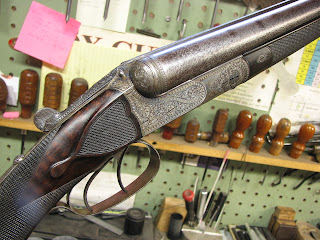 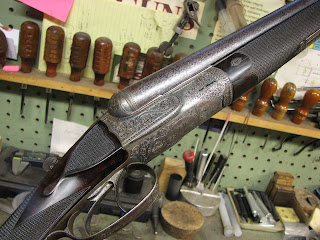