Sometimes you just don't have a choice.  The gun is a Westley Richards GN-series, 12 gauge and the problem is that the forend tip somehow went missing in action.  The shank of the screw that held it on was still in the pushrod tube portion of the forend iron.  So, after removing the remains of the screw (it's a 7BA, for those of you who are curious) and cleaning up the original inletting, the real fun begins.  Normally, one inlets the wood to accept the metal part, but here it's just the opposite, meaning that I've got to make a part to fit the original inletting and external contours.  I assure you that smoking steel and scraping wood is a WHOLE lot easier than shaping steel to fit the wood.  The fact that the forend tip is a total bastard to hold while shaping doesn't make the job go any faster either.  I did as much as I could while the part was still attached to the bar of 1020 from which it came but eventually, it had to be cut free in order to finish shaping it. 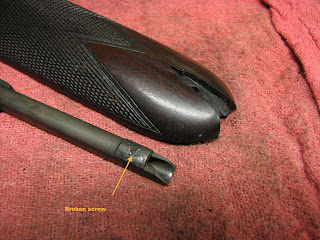 Little by little, the part is sunk into the existing inletting 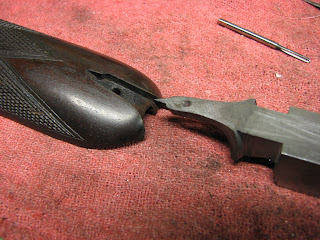 Then it's cut free to shape the external contours 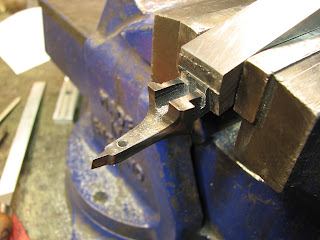 The shaping is complete 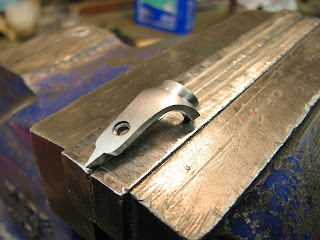 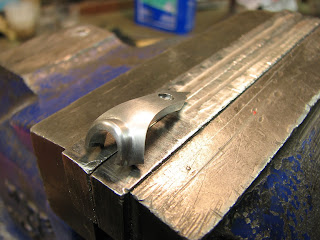 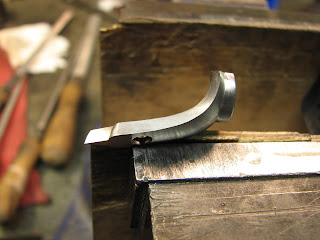 One last check of the fit and then it's prepped for finishing.  I had a few other small parts to color case harden, so this went in with those. 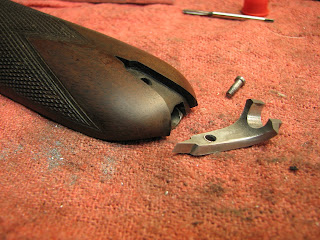 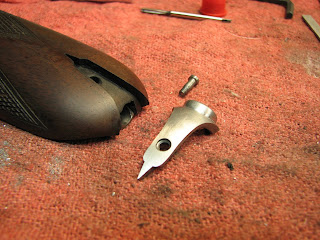 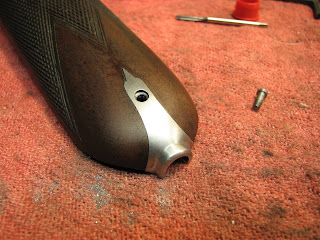 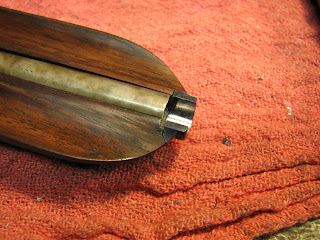 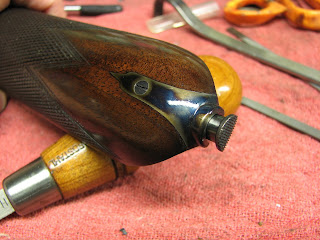