Here is a Dakin SLE that needed some help.  It's a Spanish-made Holland & Holland clone of medium quality.  Sadly, the criminal incompetence visited upon it was the work of an actual, in-business "gunsmith" who apparently did not know that the striker disc is retained by the vent screw in the fence.  The aforementioned gunsmith proceeded to force the striker disc, in the process damaging the breechface, breaking the vent screw and damaging the frame at the radius where the standing breech meets the flats.  What should have been a one hour job, including actually making the new firing pin, becomes an eight hour repair.

Behold the result of ignorance mixed liberally with hubris... 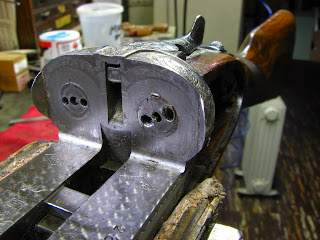 After removing the remains of the vent screw, the striker disc was extracted along with the broken firing pin and spring. 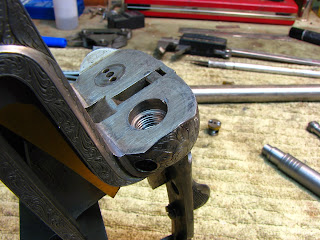 As is typical in gunsmithing, the screw threads and sizes are proprietary.  The bushing thread is .336" diameter with a thread pitch of 36 per inch while the vent screw is .145" by 36.  These threads are easily cut on the lathe.  Here is the striker disc before being cut from the raw stock. 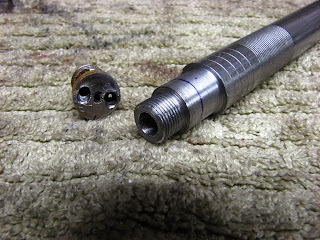 After cutting it from the bar, the location of the drive-pin holes are marked... 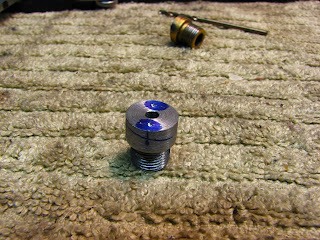 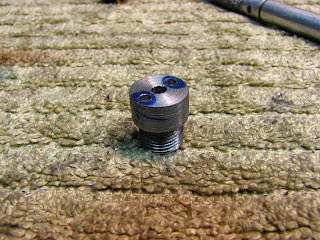 The new bushing is then installed and filed flush to the breechface. 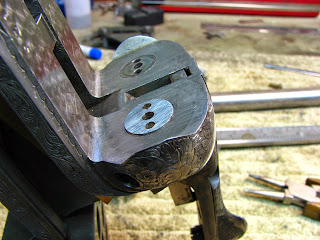 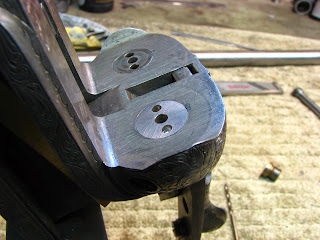 The vent screw hole is then drilled in the new bushing. 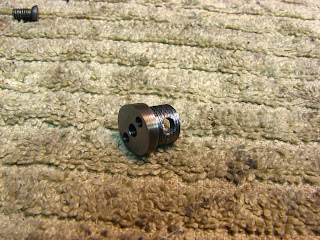 Next, the new vent screw is turned. 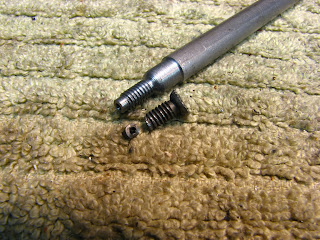 These two photos illustrate the way in which the vent screw locks the striker disc in place when assembled. 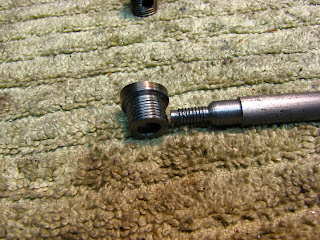 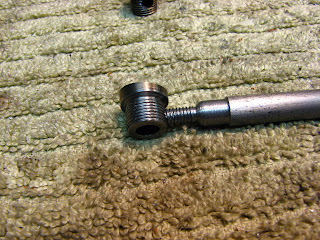 The vent screw is cut from the stock, slotted to index correctly and filed to match the contours of the fence. 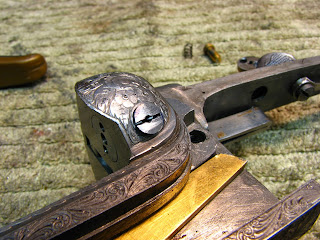 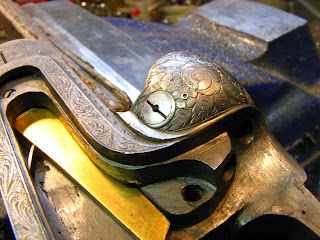 Then the head of the screw is engraved to match the original before being case-hardened along with the bushing (disc). 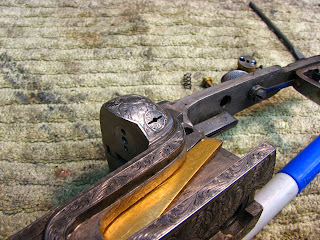 After fabricating and heat-treating a new firing pin, the gun is reassembled and the job is finished.
The breechface and radius damage is cleaned up as much as possible and hopefully the amateur that did the damage in the first place finds his true calling (maybe changing tires at a truck stop). 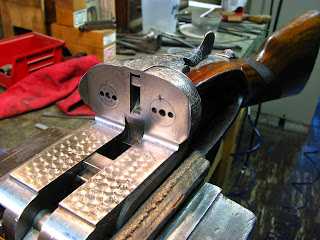