A New Grip Cap for a Purdey

A client brought a Purdey pigeon gun in for some work, part of which was replacing the home made grip cap that was on the gun.  One doesn't simply ring up Purdey and order a grip cap for a pigeon gun that was made sixty years ago, and none commercially available are big enough.  Making one from scratch was the only option.

The cap and screw were blanked from 1018. 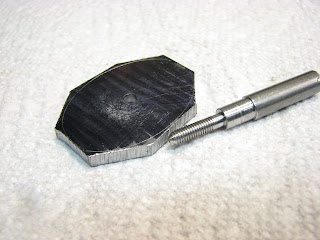 The periphery was filed to shape, then the "dome" and shoulder positions were scribed. 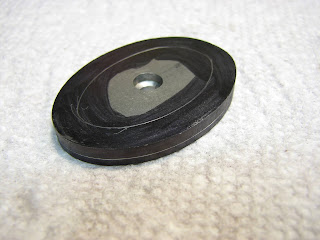 All shaping was filed by hand. 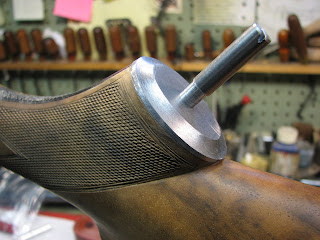 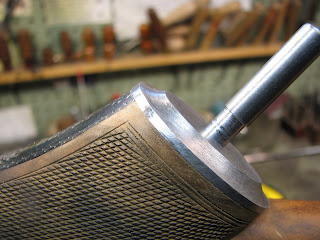 The top (or bottom, if we're being pedantic) was domed and a shadow line was filed in around the periphery. 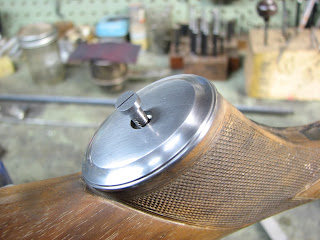 While the cap was being engraved by Geoffroy Gournet, I refinished the butt and forend and recut the checkering.  When the parts arrived from Geoffroy, I charcoal blued the cap and nitre blued the screw. 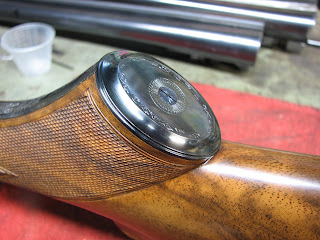 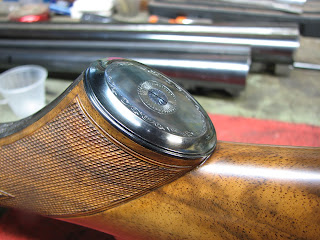