If this looks like a W & C Scott Safety Hammerless that's because it is.   H&H bought these guns in to retail under their own name as a lower-tier alternative to their in-house made, best quality Royal.  This one had a failing, poorly done repair at the wrist and some bodgery of the lockwork on the left side.  Let's get to it.

Here are some photos of the previous repair.  The very red tint to the wood is apparently a function of the blue towel background.  I'm not a photographer and I don't know how to correct it.  My apologies. 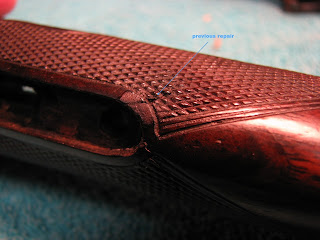 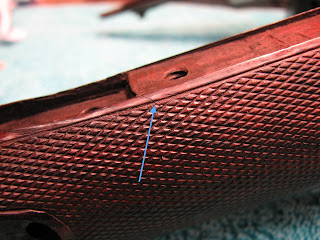 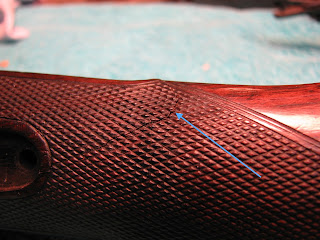 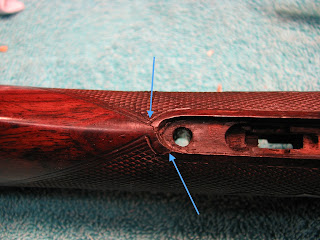 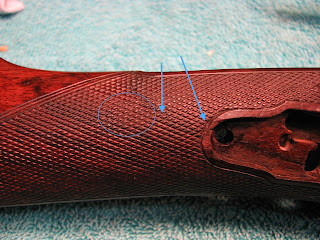 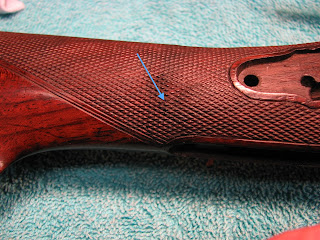 After dissolving the glue used in the previous repair, the stock was broken apart completely in order to prepare the pieces for proper, permanent repair. 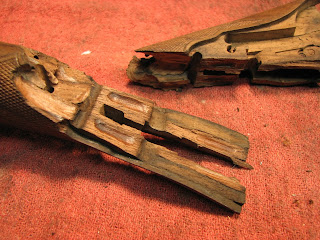 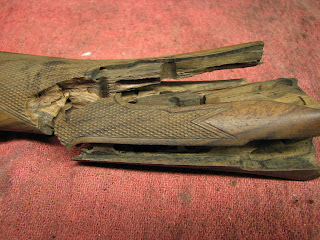 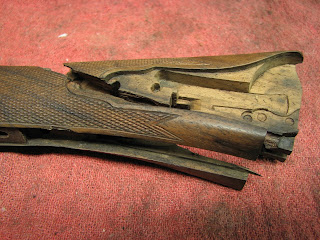 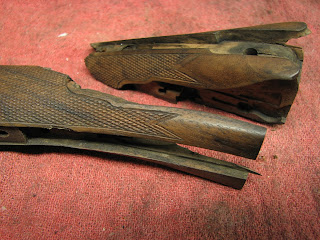 After making everything fit back together correctly, it is epoxied and clamped until cured. 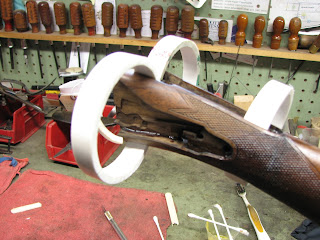 Then, the standard issue reinforcement block is fitted into the wrist through the bottom.  I also fitted a piece behind the right lockplate in order to have material to correct the screwed-up checkering border. 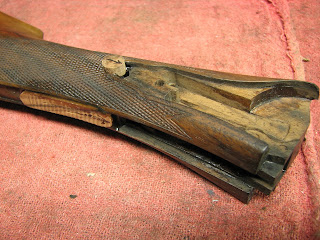 After reinletting all of the metalwork, the next agenda item is to correct the rounded over wood at the frame.  No doubt this was compliments of the horseshoer that did the prior repair.  He also masterfully polished and blued the breech screw. 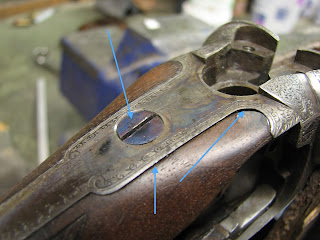 A new breech screw was made in the usual manner. 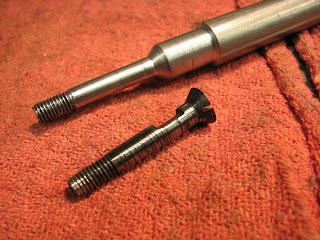 With the first coats of oil hardening, it's time to turn attention to the left lock.  The chewed-up bridle screws on only this lock turned out to be an indicator that someone with more courage than skill had been in here before.  They had made a replacement mainspring swivel and beside being crudely filed up, it was also .025" too short, causing it to sometimes go "over center" during the overdraw, thus causing the mainspring to hold the hammer rearward instead of driving it forward.

The new swivel is made from O1 and will be heat treated for durability.  The piece is set up in the mill and the pegs are machined first.  Each pair of pegs is a different diameter, so a cutter had to be made for each size. 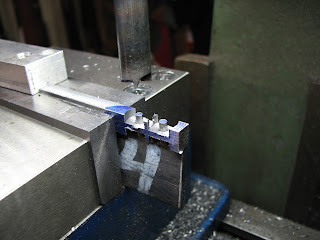 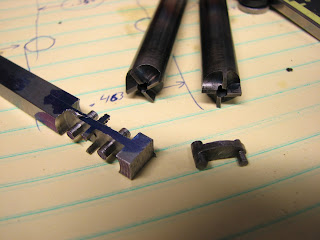 With the pegs machined, the next step is to hand file the swivel to shape. 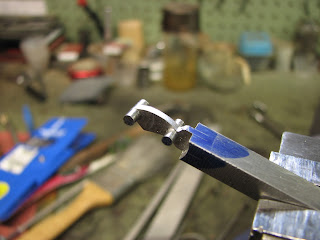 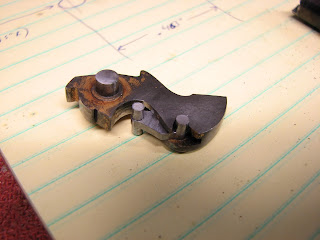 After heat treating and polishing the finished swivel, it was time to do something about the bridle screws.  Luckily the damage was repairable without making new screws. 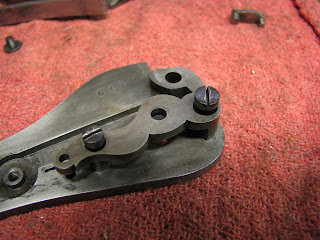 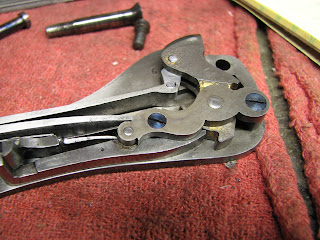 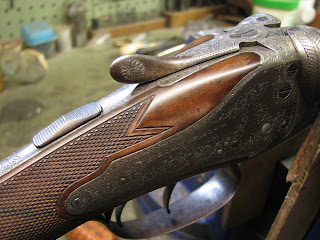 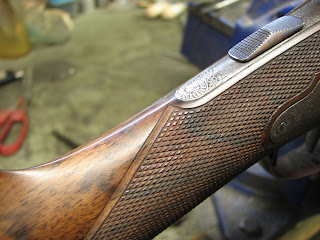 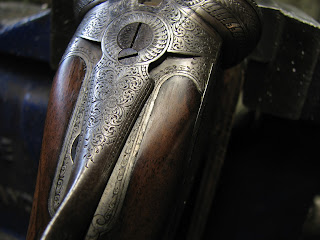 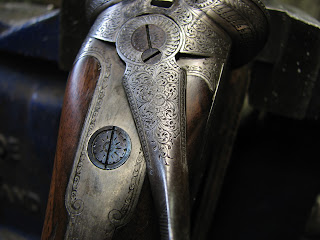 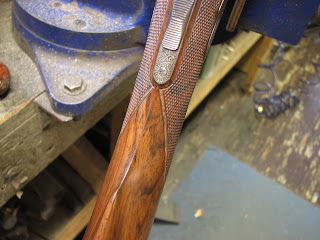 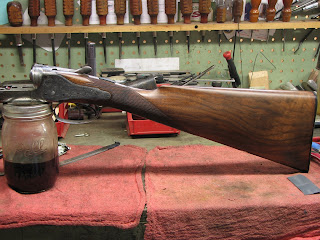 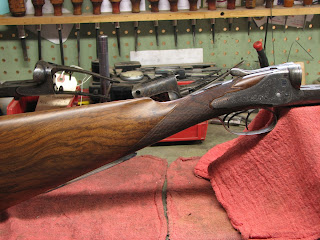