...That needs some help.
Here is a very nice Merkel Model 130 sideplated boxlock ejector with intercepting sears, side clips and articulated front trigger that has suffered some ham-fisted gunsmithing in the past.  It has been the victim of the kind of "restoration" that is practiced by "gunsmiths" (not gunmakers, there is a vast difference) on both sides of the pond.
One of the most offensive hallmarks of this kind of work is the practice of buffing the screw heads, rounding off the edges so that they no longer properly mate with the edges of their holes and partially obliterating the engraving on them.  As if this weren't bad enough, the screws are then heat blued, drawing further attention to the poor craftsmanship of the "restorer", not to mention the almost obligatory damaged slots.  How anyone that actually charges money can perform this kind of work and think that it looks acceptable is far beyond my ability to comprehend.  It has been said that the incompetent don't know that they are so, exactly because of the fact that they are, incompetent.   I guess that ignorance truly is bliss.  Behold,
The triggerplate screw... 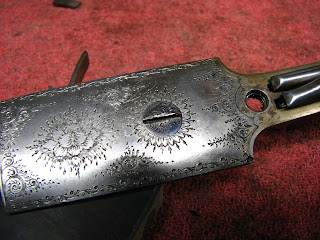 and the guard screws 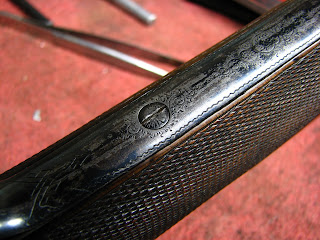 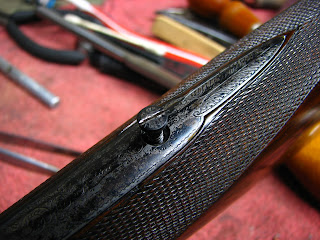 I will not go into great detail regarding the making of the screws and mainspring because I've covered both of those subjects in great detail elsewhere in this blog.  I will mention that the screws in this particular gun are all possessed of proprietary threads which made me wish that my lathe had a quick-change gearbox instead of change gears (ugh).
The new screws. 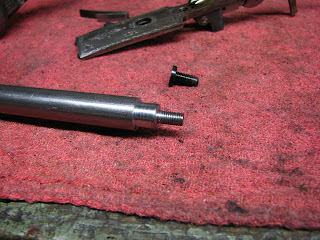 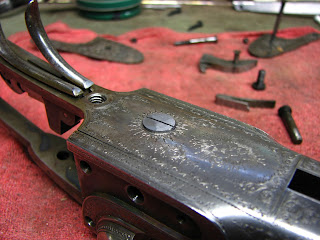 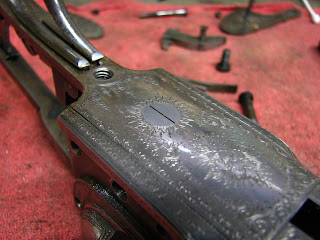 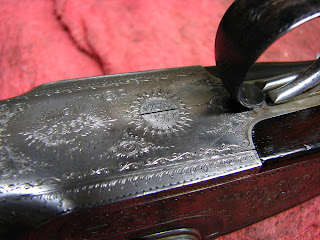 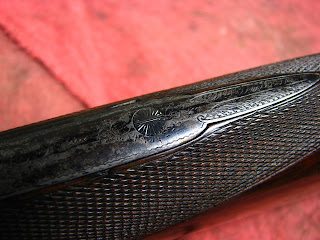 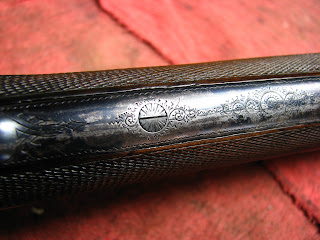 The mainspring, forged and rough machined. 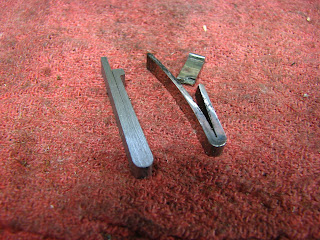 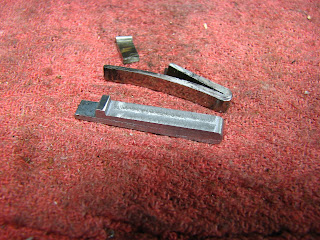 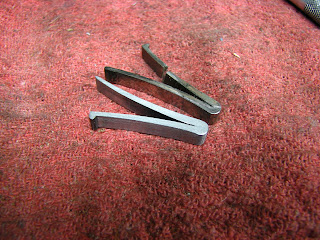 Here are a couple photos of the entire gun.  It is number one of a pair, if anyone has number two, please contact me.  Clearly this is a fine example of Gebruder Merkel's high quality gunmaking.  It was built in 1911.  The beavertail forend is not original and appears to have been made by the same gunsmith nonpareil that did the other work on the gun.  Hopefully the owner will have this rectified in the future. 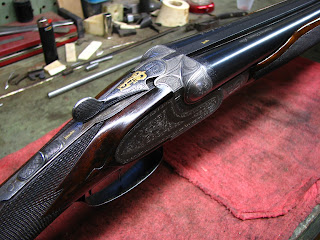 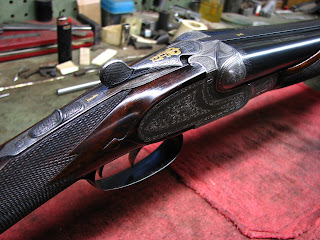 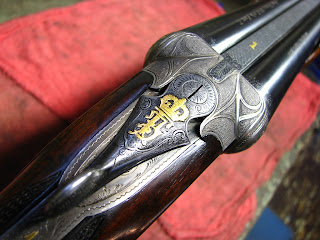 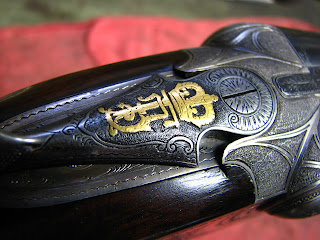 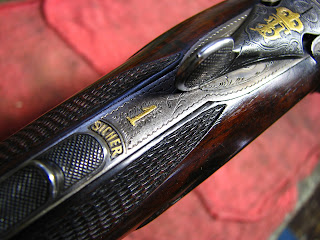