I realize that the title could cover a large portion of what comes into the shop, but there are times when the damage is simply not cost-effective to repair and the owner decides not to take the plunge.
Even so, it's worth sharing the photos to illustrate the damage that can be caused by the toxic combination of hubris, incompetence and ignorance.  Sometimes I wonder about the thought process of the hacks that commit these egregious acts of mechanical mayhem.  Did they really think that they were doing good work?  I guess everything looks like a nail when your only tool is a hammer.  The saddest part is that almost all of this is done by actual (supposed) gunsmiths, that are charging money for this bodgery.  As has been said before, you get what you pay for (and sometimes, more than you bargained for).

First up is a Prussian Charles Daly BLE.  These guns used Deeley style ejectors with the lockwork  housing attached to the forend iron by two integral pins at the rear and a single screw at the front.  Somehow the locating pins had been broken off and the "gunsmith" decided that brazing the housing to the iron would be a good idea.  It wasn't.  Since this gun had also been "restocked" by (apparently) the same individual, the owner wisely decided to cut his loss and put no further money into the gun.
Had he commissioned the repair, I would have machined the offending areas off, welded new material to the housing and remachined it to fit.  Since one does not simply order parts for these guns from the Brownell's catalog (the book that launched many a hack's career), it would not be an inexpensive repair.  A not-butchered example is shown in the photos for comparison. 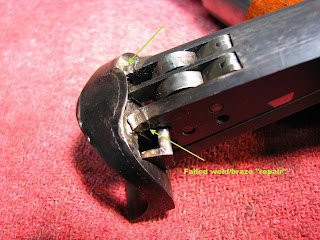 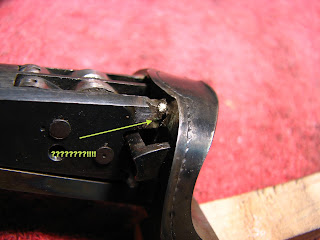 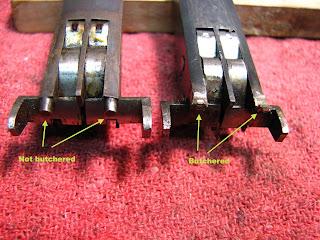 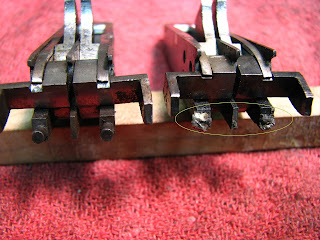 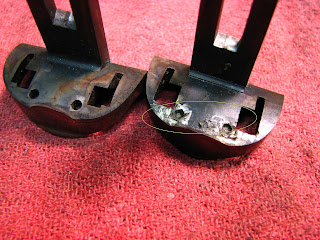 A client brought a Fox AE grade in for a pre-purchase inspection with concerns about the auto safety not working properly.  Upon removal of the stock, this was found where the safety pushrod normally resides.  Yes, it's a nail.  I machined a new pushrod of the proper length and diameter and repaired the gun. 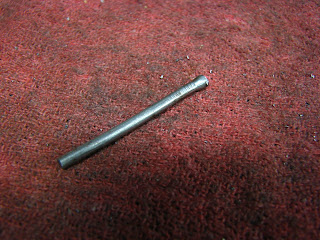 Here is some "glass bedding" work on a Parker stock.  This was done by a name that everyone in the gun world would know. 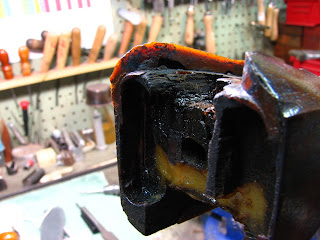 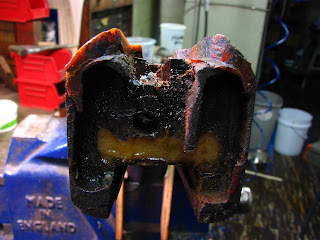 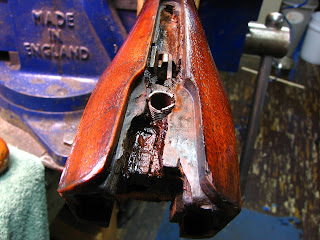 This Ithaca Flues Grade 4 had suffered at the hands of some doofus in the past.  I'm not a fan of the Flues model (or most American guns for that matter) but there is no excuse for this level of "workmanship". 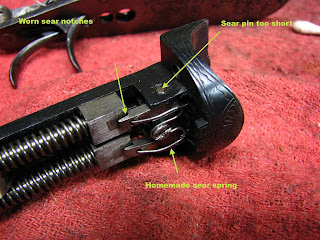 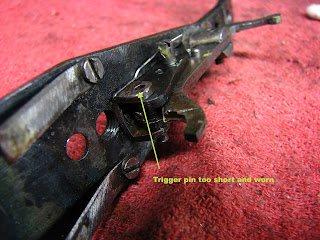 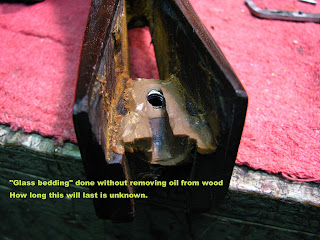 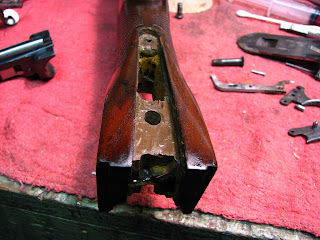 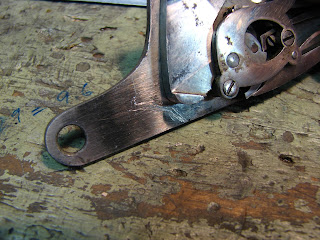 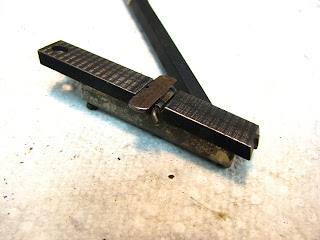 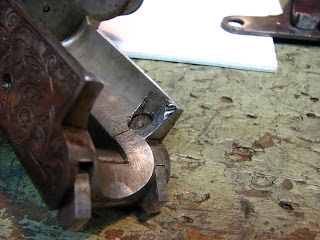 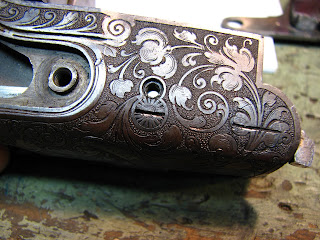