What The Actual F**k?

Believe it or not, there are some that would consider this gun to be in "pretty good shape" and some hacks who might even call it a "restoration".  The nicest thing I could call it would be a train wreck, and that would be being kind.  What it is, shamefully, is an all too common example of typical American gunsmithing.  It is a gun that has so much wrong with it, it makes no sense to expend any further effort upon it.  It is beyond saving.

The customer wanted the forend lug replaced because the not-really-original had failed.  I say not-really-original because some spawn of sibling-parents saw fit to modify it after discovering that the latch would no longer properly engage.  Why would the latch not engage properly?, the more astute reader might wonder.  Well, because the inletting of the forend latch and iron into the forend wood was done with a Dremel tool, by an individual whose understanding of the gun's mechanics was about on par with his level of craftsmanship.  Due to the latch being set so deeply into the wood (which raises it vertically), the bite on the new forend lug would have to be filed as thin as the failed part.  Correcting the latch placement would have meant new forend wood, along with repair of the forend iron to correct its fit against the frame knuckle, which couldn't (and shouldn't) be done until the barrels were correctly rejointed and so on, down the line of issues, of which there are many.  Unfortunately, that was not the extent of the dipshit-induced damage to the gun, none of which I knew about until the gun arrived and I started looking it over.  Unsurprisingly, the more I looked, the more I found.

I won't be repairing this one because, as I've already stated, it's beyond any cost-effective reclamation.  It would be best broken for what few salvageable parts remain, or thrown into a deep, deep lake. 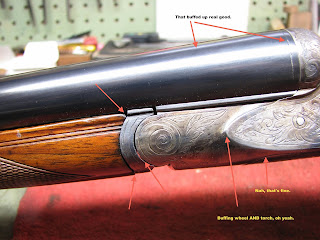 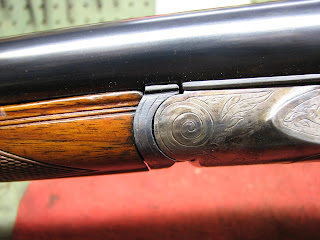 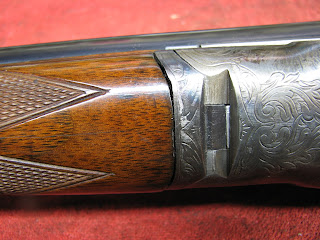 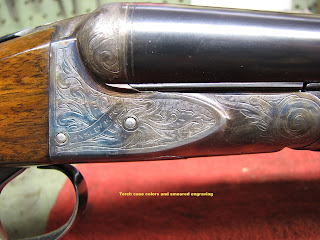 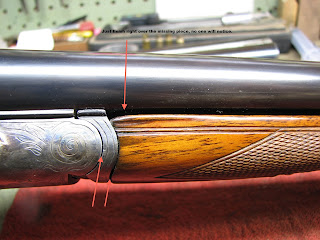 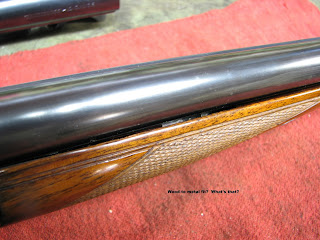 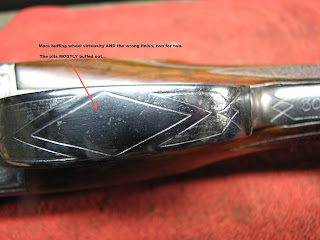 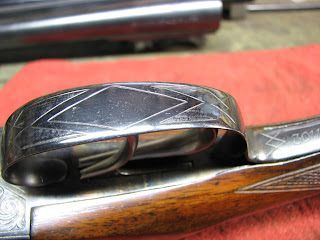 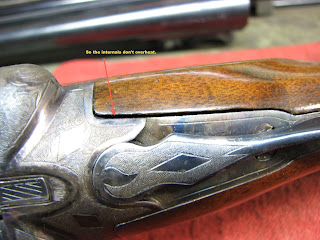 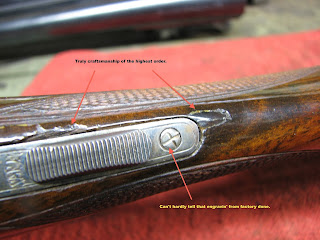 The stellar gunsmiffing on the forend 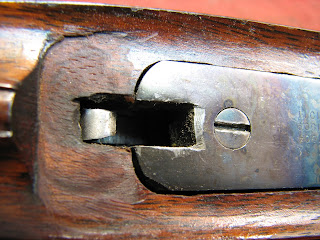 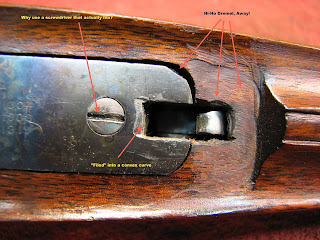 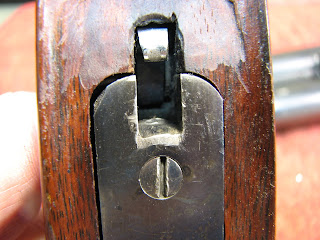 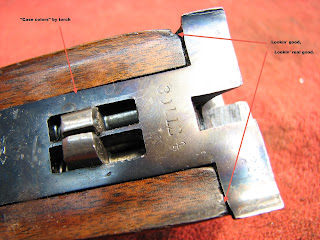 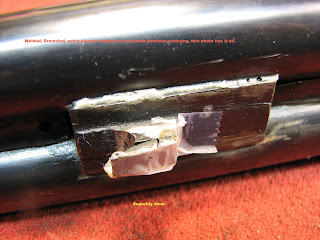 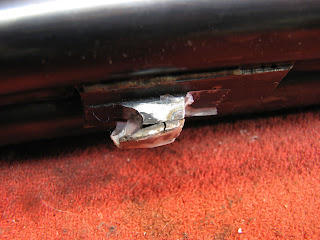 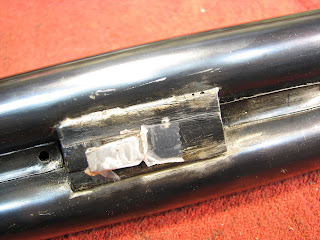 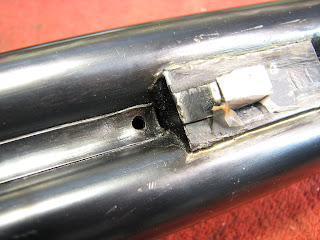 Naturally, it was "put back on face" by the improper method of welding and "refitting" the hook. 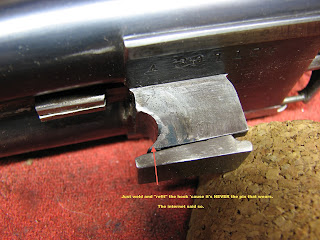 Oh yeah, that looks round. 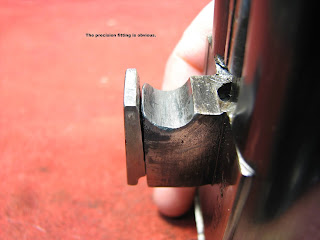 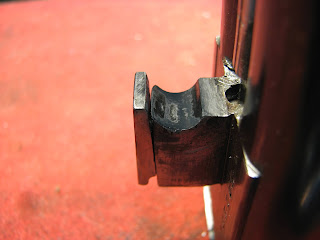 The guns featured here are of my own design and manufacture.  They are completely handmade, in-house, by me.  From the frames and barrels, to the smallest spring, pin and screw, the entire gun is my work.  No computer-aided anything, no CNC, EDM, castings, rough parts or sub-contractors are employed.  They're made entirely from raw material.  Each and every part, no matter how small, is made from the material most appropriate, then heat-treated for proper function and maximum service-life and, finally, finished to the highest standards, mine. 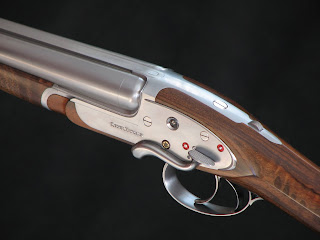 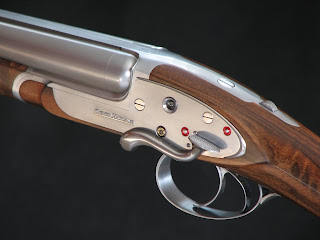 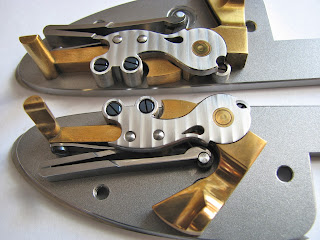 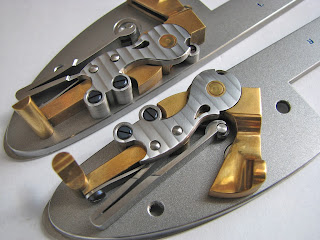 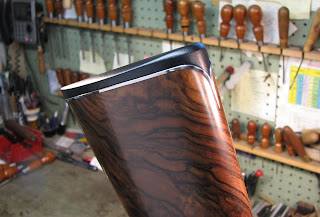 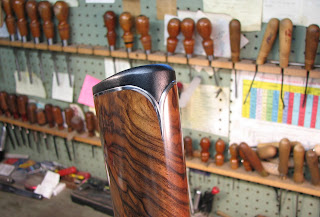 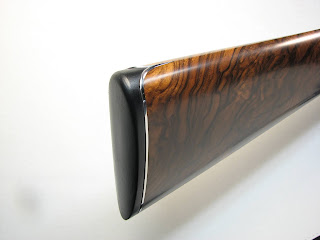 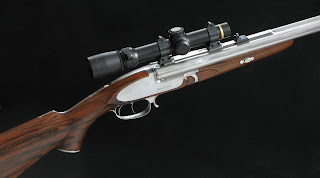 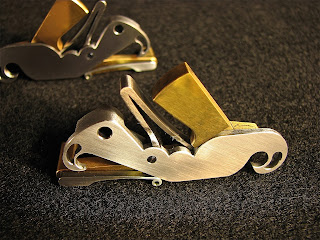