One issue common to Parkers (and Parker Repros) is failure of the ejector retainer.  While most ejector doubles rely upon a large diameter pin acting upon the extractor shanks to retain them, Parker chose to use a system whereby the extractor segments are retained by a very thin plate that is shallowly dovetailed into the rib extension.  This shallow dovetail bears the not inconsiderable brunt of halting the extractor segments' rearward travel after the ejectors are tripped.
As would be expected, this dovetail is not long-lived in a gun that sees much use.  Here I will detail the repair of a failed retainer.

The failed dovetail can be plainly seen as the metal curled up on either side of the slot. 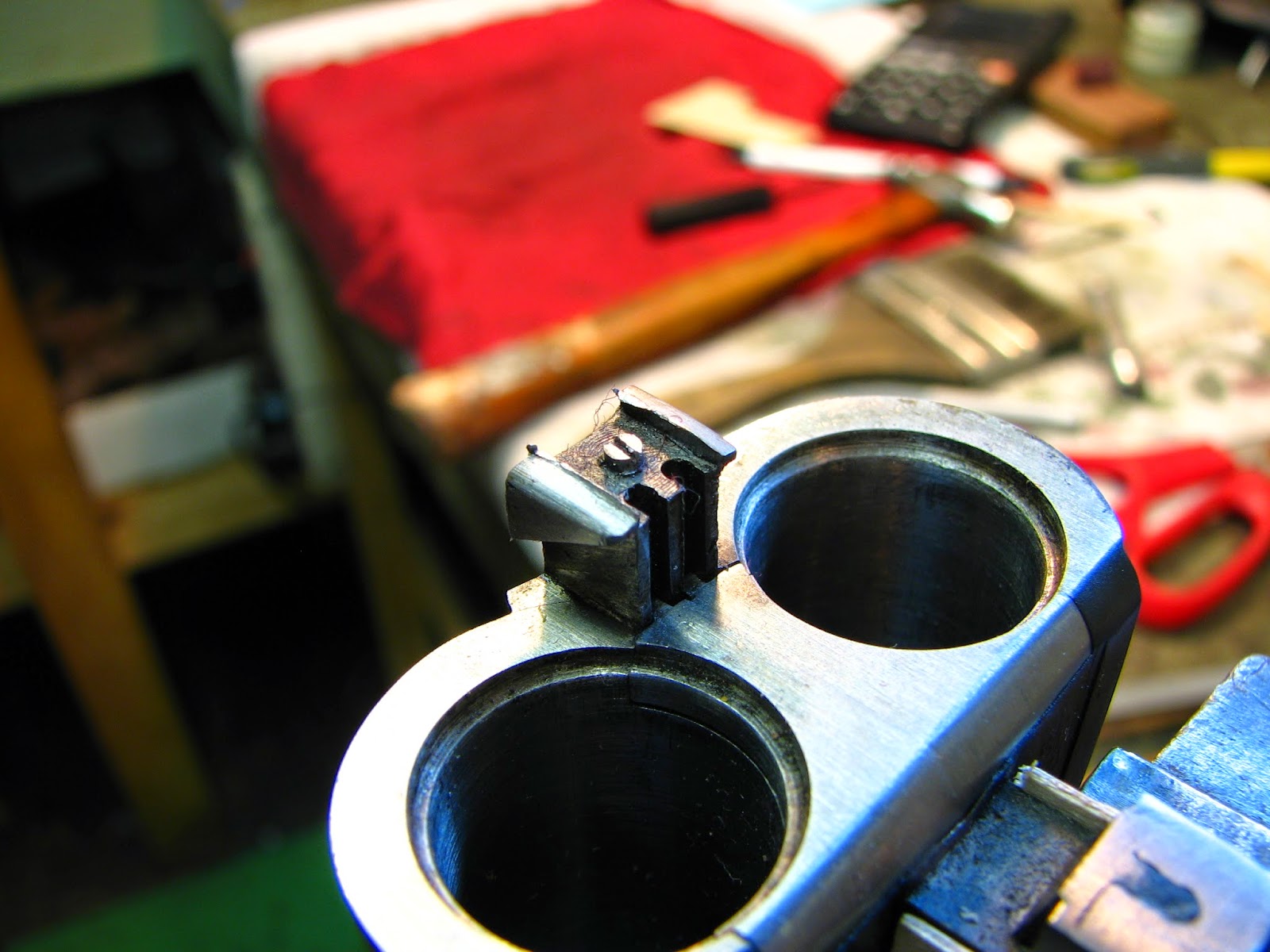 First I peen the displaced back into place and then I recut the dovetail on either side using a file modified strictly for this purpose. 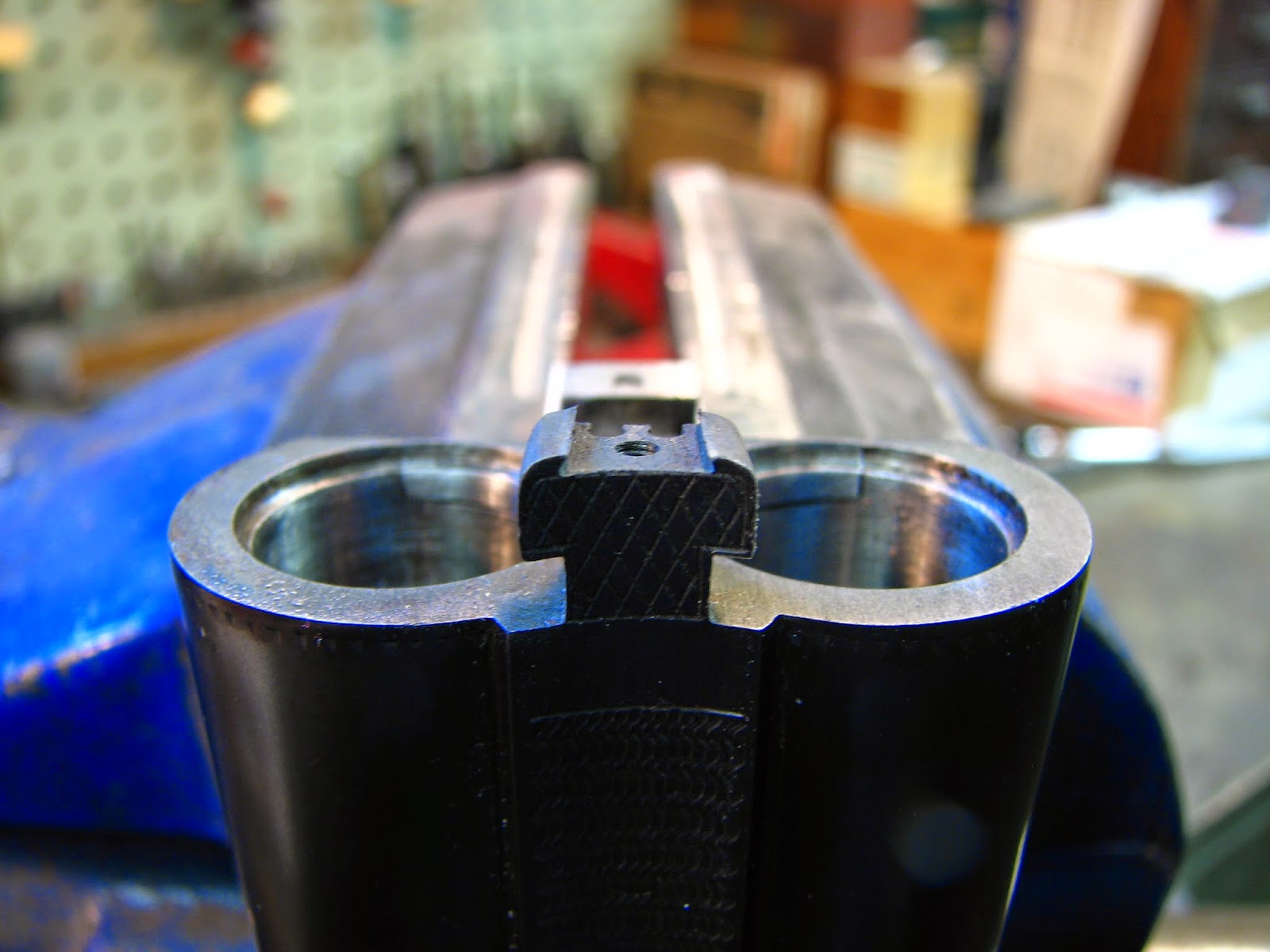 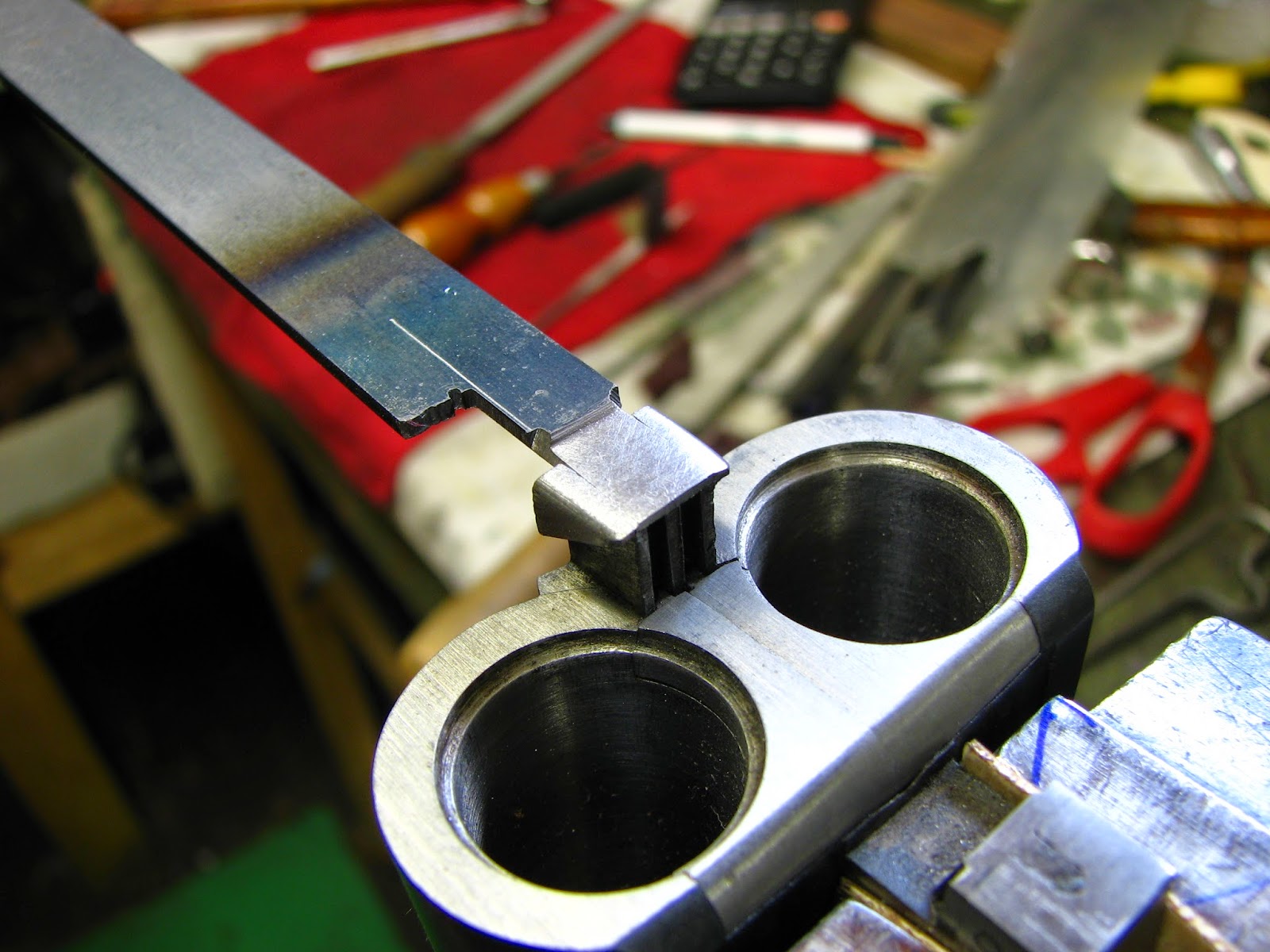 After the blank is fitted I drill the hole for the retaining screw.  This screw does not clamp the plate in place, it retains the plate by preventing its vertical movement. 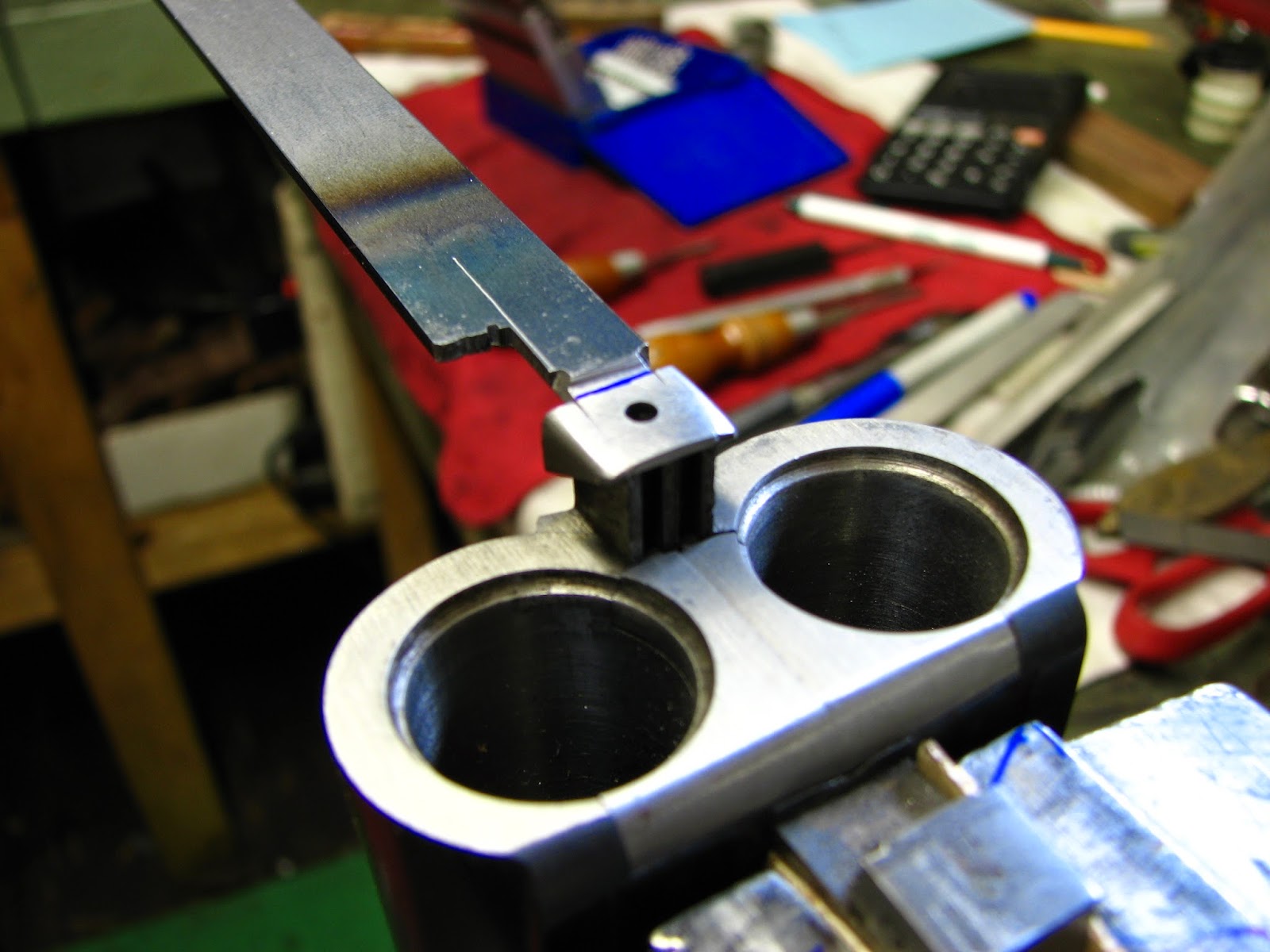 The blank is then cut from the raw stock leaving extra material for exterior fitting. 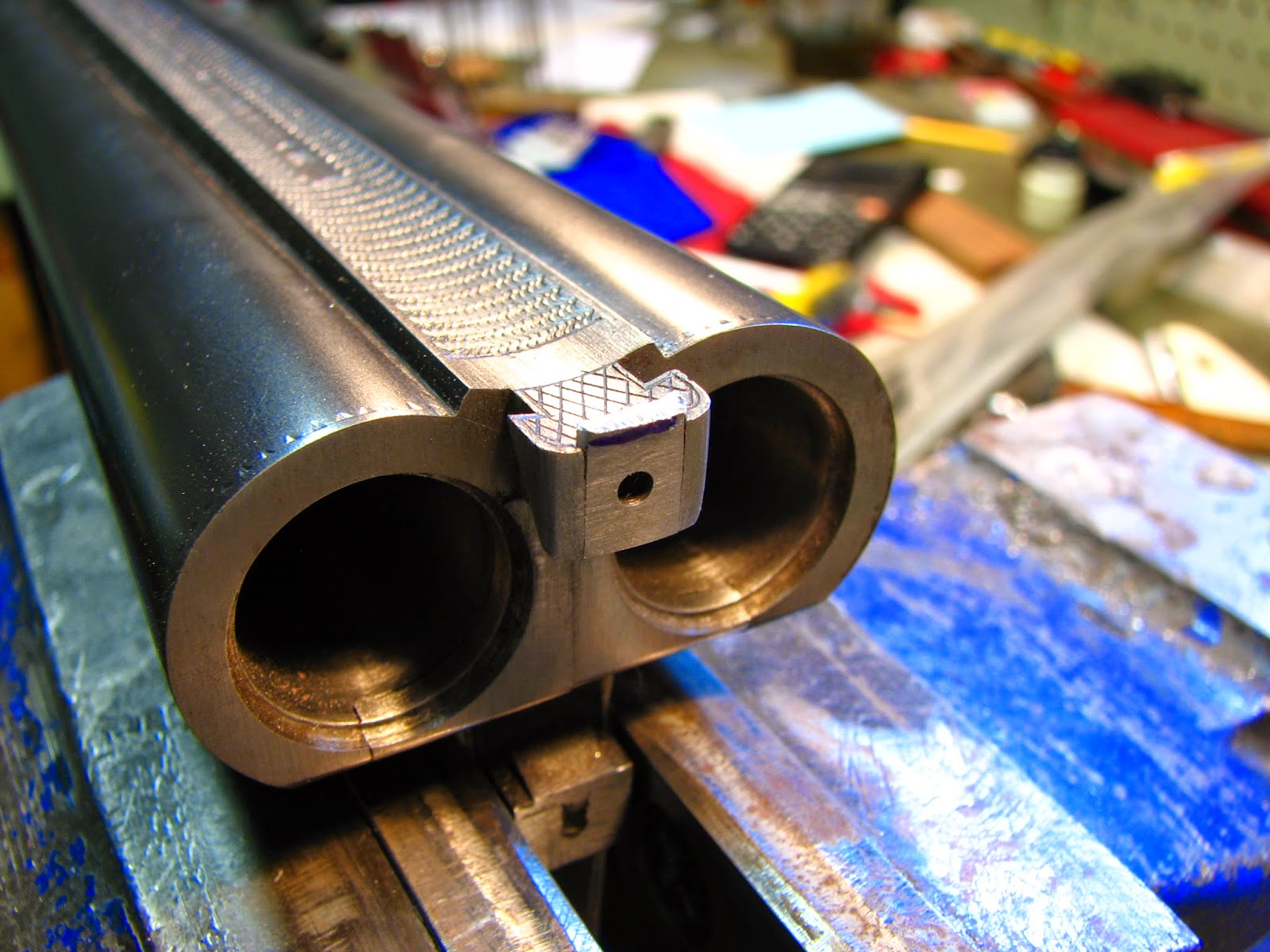 The plate is then carefully filed to the contour of the rib extension. 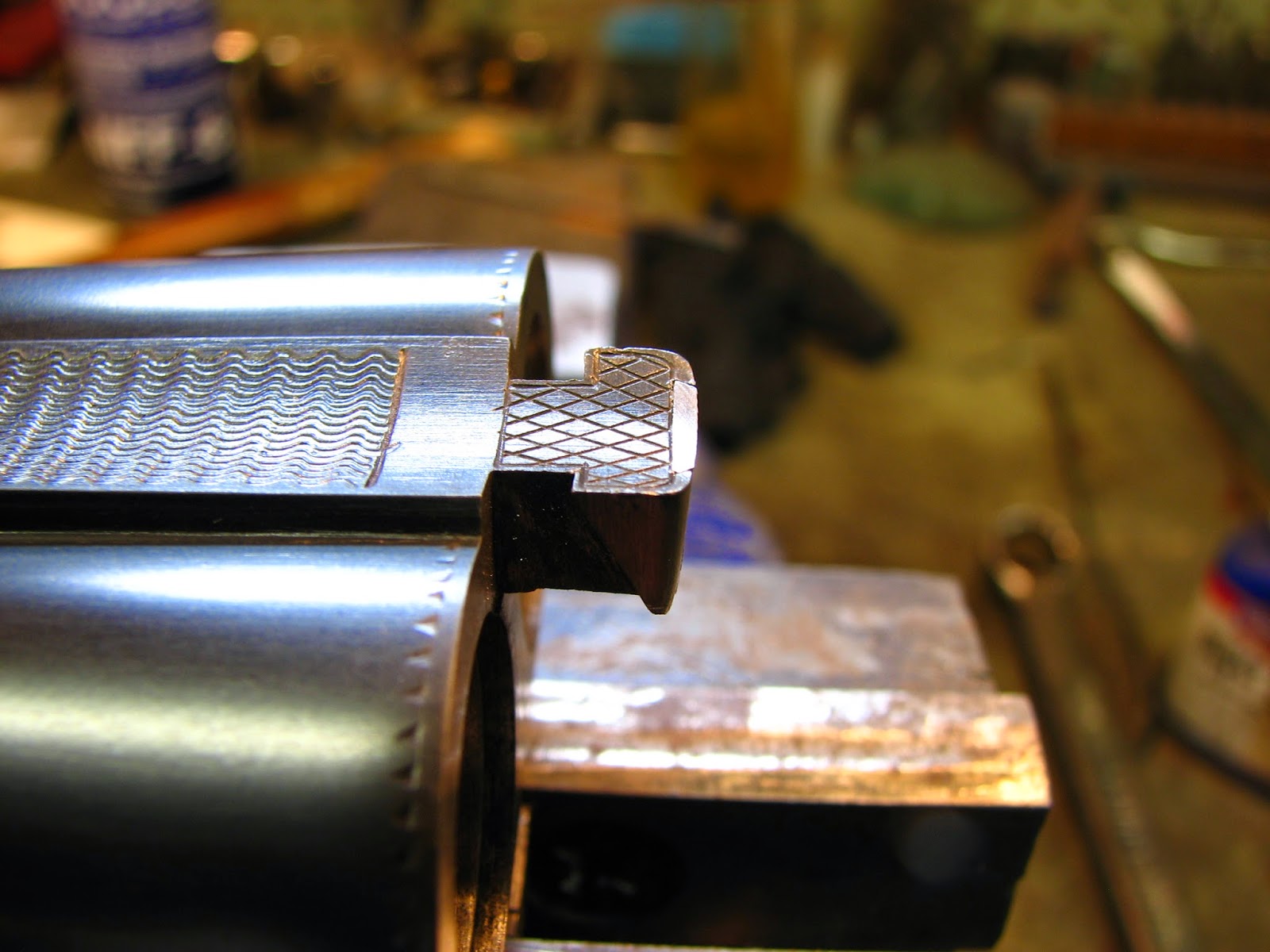 It is then hardened, polished and tempered. 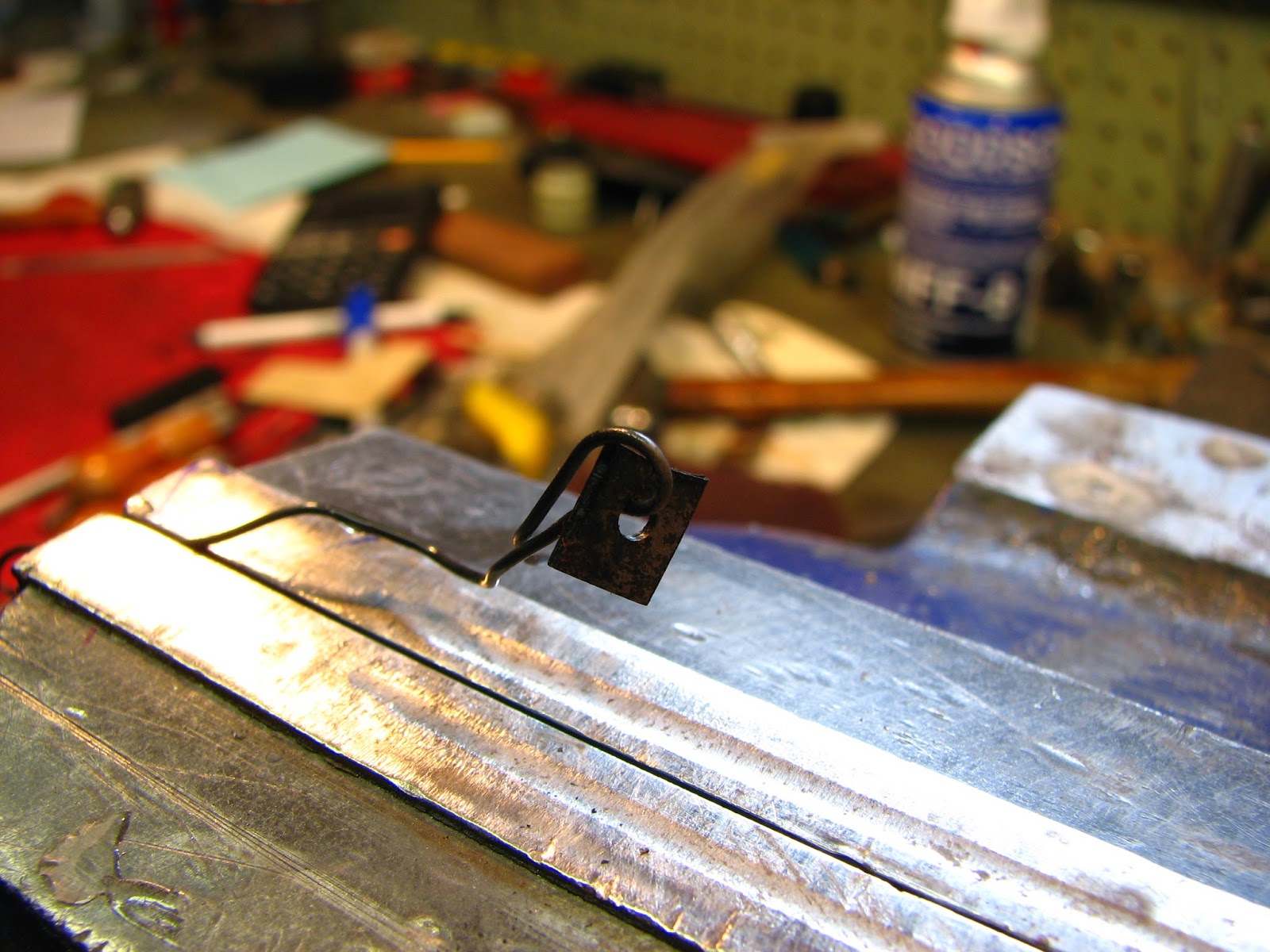 The job is finished. 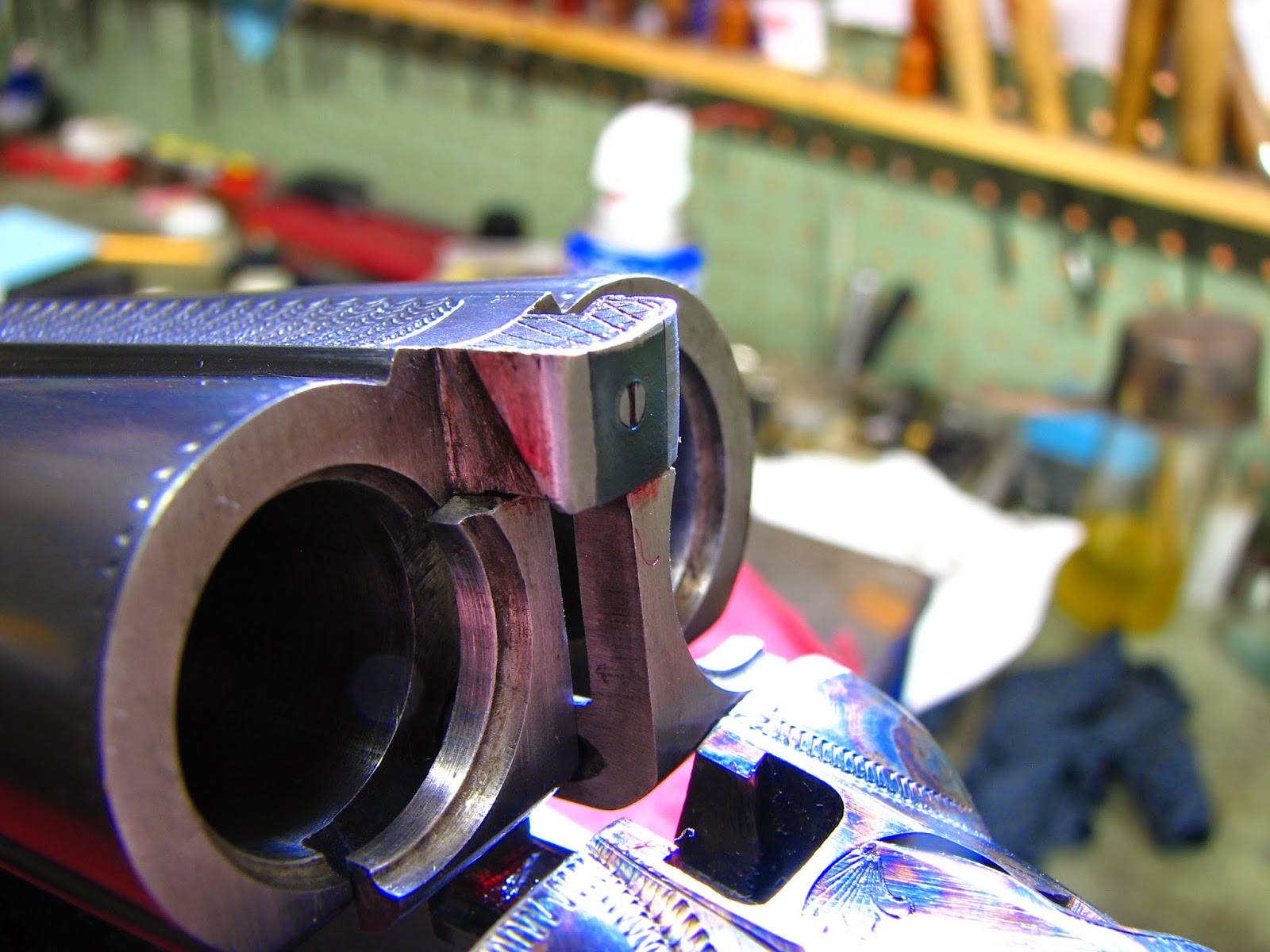