A good friend brought me his NEW Beretta A400 Black target shotgun with the whizzy carbon fiber rib.  Yup, a carbon fiber rib, an idea that ranks right up there with the GunPod and the model 486-MN but, I digress.  The problem is that the carbon rib is attached exactly as if it were a metallic rib and if there is one thing that composite structures don't like, it's holes being drilled into them for bolts or pins.  Beretta simply drilled the rib and inserted a roll pin, directly into the carbon fiber layup.  Due to the fact that composites like carbon, Kevlar and glass are actually very flexible fibers held in shape by a matrix of either epoxy, polyester or vinylester resin, any load that is introduced into them must be spread over as large an area as is practicable.  Failure to do so will result in the elongation, chipping, deformation and eventual failure of the part at the drilled hole.  The standard method of spreading the load of a bolted or pinned fastening or joint in a composite structure is to use a flanged bushing set in epoxy on either side of the composite.  The bolt or pin bears against the bore of the bushing while the outer flanges spread the load into the structure.  This is the method that I used to permanently end the problem of the rib loosening and spitting its retaining pin. 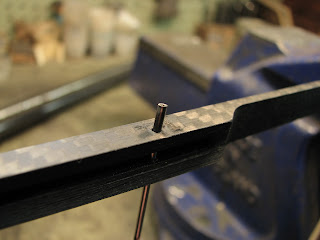 The rib machined to accept the bushings on each side 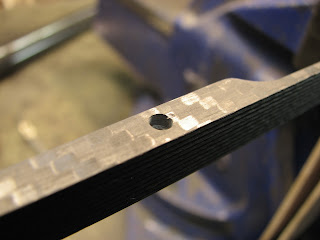 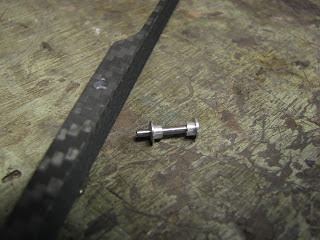 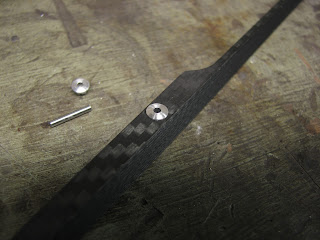 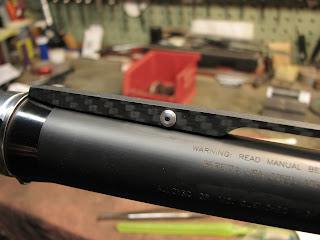 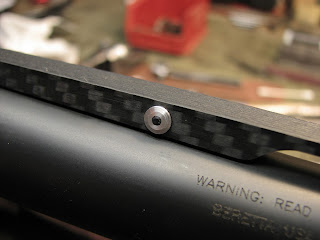