To paraphrase the character of Kyle Reese from the movie "Terminator":  "The bodge-inator can't be reasoned with.  It doesn't feel pity or remorse.  It doesn't comprehend competence or craftsmanship and it absolutely will not stop, until every gun is screwed beyond repair."

Here's what I found inside a formerly nice Gebruder Adamy over/under.  The left side ejector spring had failed and the gunsmiff apparently couldn't make a new one, and they must have been back-ordered from Hackwell's.  What does our intrepid gunsmiff MacGyver do?  He drills the forend wood and inserts a coil spring into the wood to drive the ejector hammer.  Did it work?  NO.  Had our intrepid wannabe gunsmith understood the function of Southgate ejectors, he would have known immediately that this would not work. 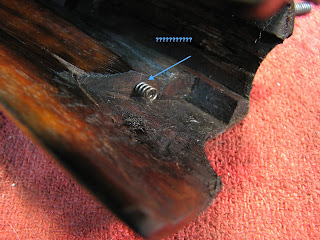 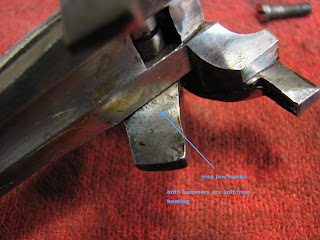 Was that all?  No way!  That would have left the gun in salvageable condition.  He also made a new auto-safety link from what looks like material left over from his trailer hitch "build". 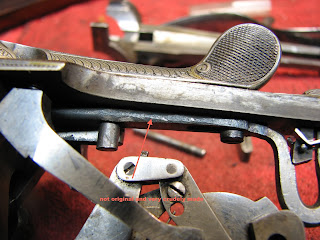 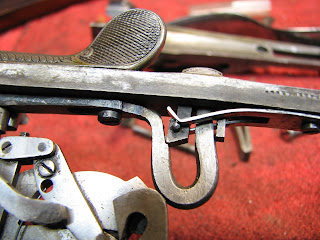 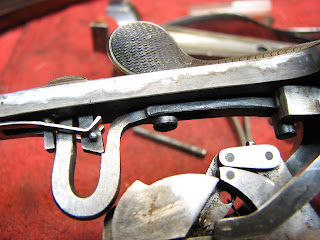 It doesn't stop there, this guy was going for the gold at this year's Incompetence Games.  For some reason, he attempted to "add material" to the ejector hammers: by brazing pieces on.  Obviously, this left the hammers butter-soft, always a good thing with parts like these, right?  Spoiler alert: NO. 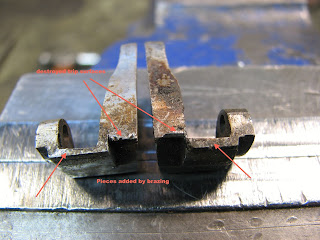 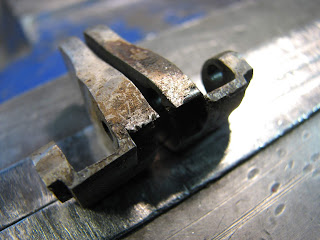 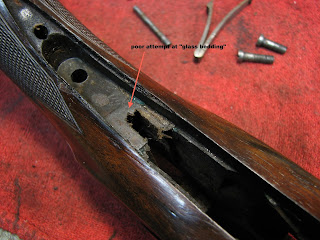 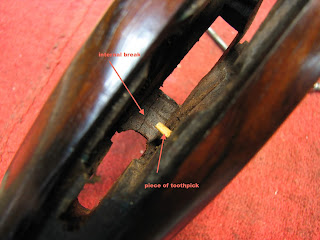 Naturally, every screw slot was trashed but this guy wasn't content to just ruin the screws, he ruined the very holes in which the screws seated by staking them. 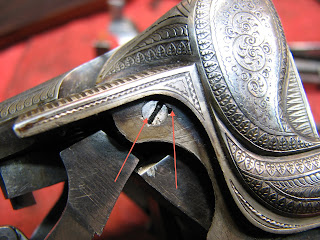 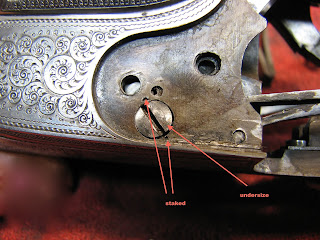 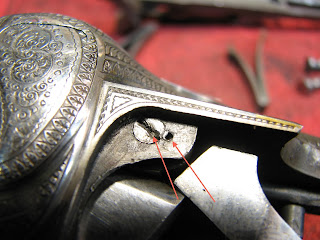 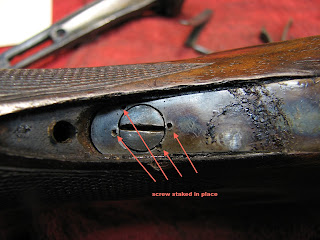 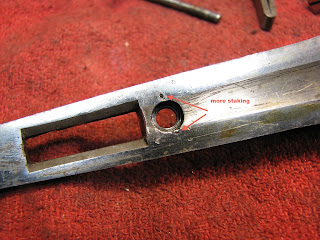 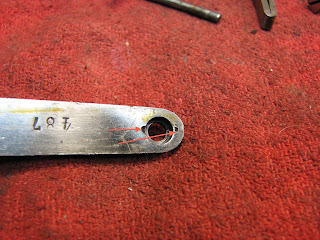 Counting all of the other issues with this particular gun, the repairs would have cost FAR beyond its value, so the customer wisely decided to stop digging the hole in which he found himself.  A pre-purchase inspection would have saved quite a bit in this case.