A Tumbler for an H&H Clone

Here I'll detail the making of a new tumbler for an Arrieta SLE, a typical Spanish H&H "clone".  I put clone in quotes because, even though it's generally a Holland-pattern gun, there are minor differences.  The most notable of these is that the primary sear and interceptor sear are driven by coil springs, rather than by V and leaf springs, as in a Holland.

This particular gun suffered from a broken tumbler (hammer) in the right lock.  It failed at the sear notch, with the entire sear end of the tumbler cleanly separating from the rest of the part.  The reason that it failed where it did merits some explanation, so here goes.

Most sidelock designs, H&H included, employ an element known as an anvil in the lockwork.  The purpose of the anvil is to give the tumbler (hammer) something to stop against when it falls.  This is to prevent the battering of the striker end, as well as the frame and striker bore.  It also relieves the lockplate screws of the shear load that would be imposed upon them if the tumbler stopped against the frame.  Since the anvil's purpose is to literally take a beating from the tumbler with every pull of the trigger, you'd think it would have to be a pretty sturdy element.  You'd be correct, and the anvil is in fact forged as an integral part of the lockplate for this very reason.

The problem in this gun was that the tumbler was making contact elsewhere before landing upon the anvil. That elsewhere was the bridle, more specifically, the tumbler's interceptor sear lug was bottoming against the bridle before its fall was fully arrested by the anvil.  With all of the square edges in that area acting as stress raisers, it's unsurprising that it finally did break.

Now that we know the "why" of the failure, we can get on with the "how" of correcting it.

The new tumbler will be made of O1, as usual, because it's an ideal material for this application.  The cutters for the inboard and outboard "axles" are shop-made.  The broken tumbler was temporarily super-glued back together in order to facilitate taking measurements and making a rough profile template. 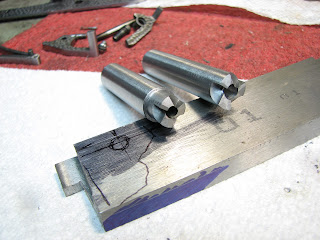 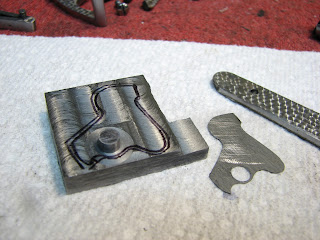 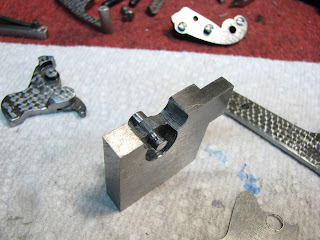 With the axle pegs machined, the majority of the balance is done by hand. 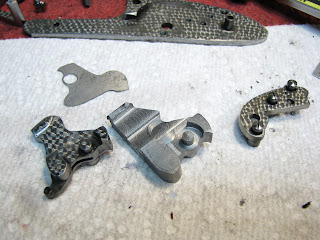 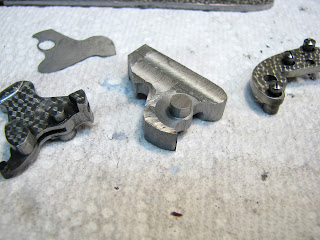 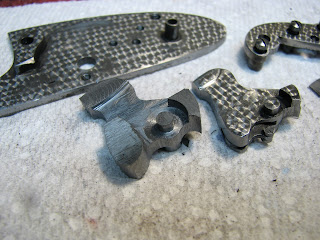 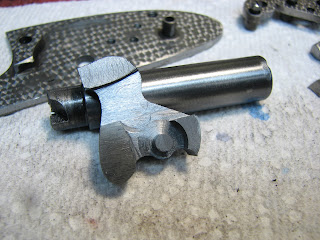 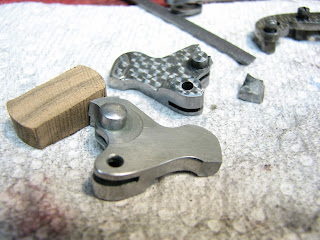 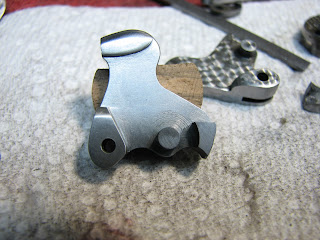 With the part made and fit, I heat treated it, then polished and perlaged the interior surfaces as was originally done. 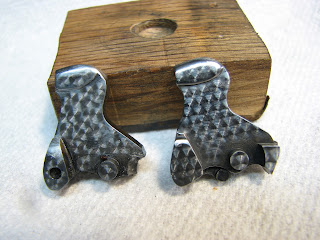 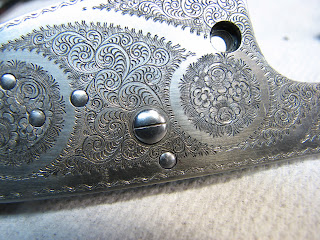 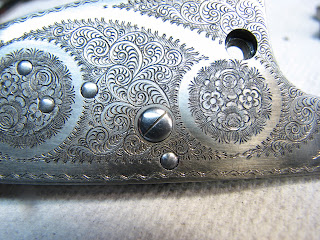 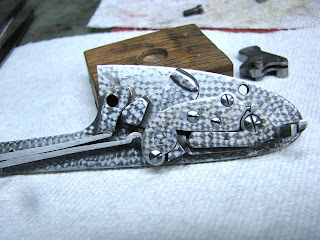 Email ThisBlogThis!Share to TwitterShare to FacebookShare to Pinterest
Labels: European