NO, Super Glue Does NOT Work!

This would fit in the category of stupid shit you read on gun forums.  There are those that think that super glue (cyanoacrylate) is some sort of cure-all for damaged wood.  They will evangelize to the masses about the superior "penetration" properties (due to its low viscosity) and how it will harden and "stabilize" (whatever the hell that means in this application) the wood.  All nonsense.  Out here in the actual world, facts don't care much about consensus on forums.  Thin cyanoacrylate is most effective on NON-porous materials.  I know it bonds skin very well but skin isn't wood.  It does NOT penetrate to anywhere near the depth that some believe, nor is it as strong as some believe.  It is, in fact, extremely hard and brittle when cured and becomes more so with age.  I'm not saying that it has no use in the gun world, it is superb for repairing nicks in the high-gloss, infinitely cheap-looking finishes on Brownings and Weatherbys.  It's also very handy for temporarily fixturing things but is has no place in the structural repair of a stock or forend.

Here is an example of a stock that was repaired (and no doubt "stabilized") with super glue.  It's an Arrieta that wasn't worth the expense of restocking and, since all of the pieces were there, it was well within the realm of repairability.  Besides, I like a challenge.  That challenge was provided in the form of removing all of the previously (and liberally) applied glue.  Luckily, acetone does dissolve it, eventually. 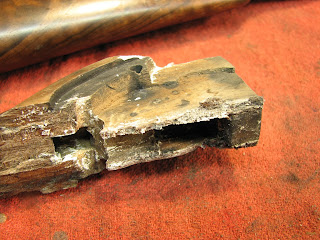 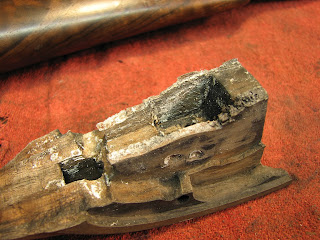 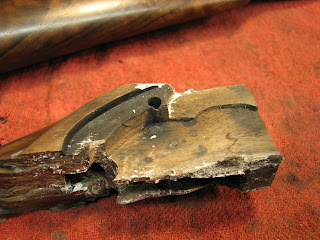 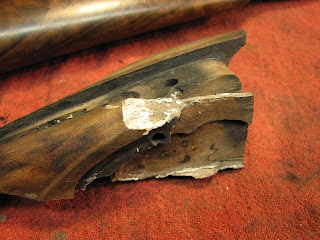 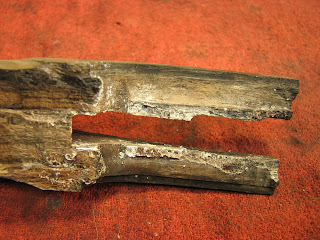 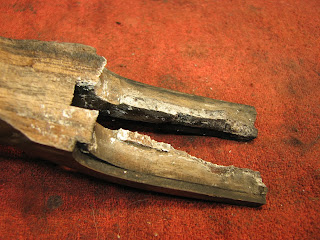 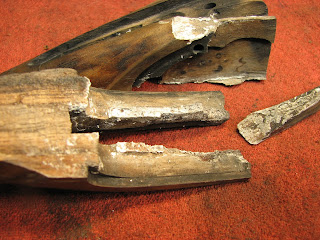 The same stock, after being correctly repaired. 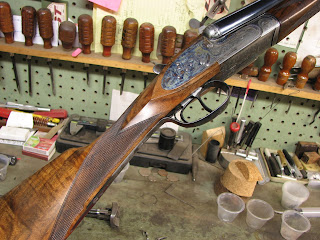 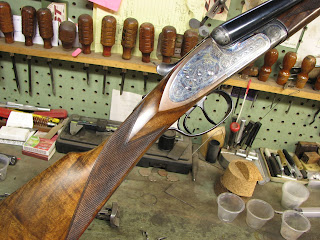 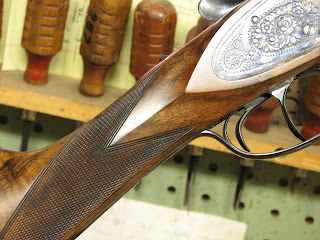 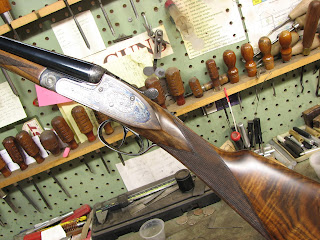 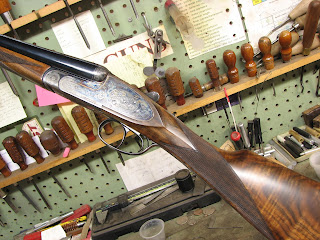