This started as a Utica Sterlingworth in 20 gauge and despite the sequence number, it is not the James Bond gun.  Like #001, #002 and #003, this one will remain mechanically a Fox, but it will undergo  extensive cosmetic and corrective surgery.  The transformation (as usual) will be documented here.

The major components in original form (the frame, triggerplate, toplever and forend iron have been annealed). 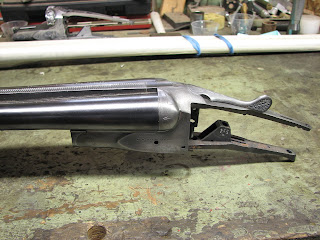 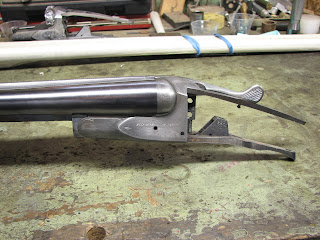 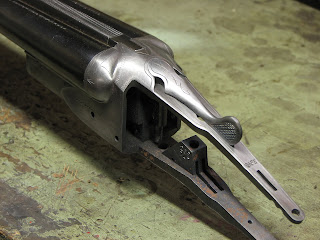 As is so common with small-frame Foxes, everything is as rough as a corn cob.  Correcting the finish on the standing breech and action flats will necessitate setting the barrels back with an oversized hinge pin, followed by properly "blacking the barrels down".  The triggerplate gaps are a bit easier to deal with. 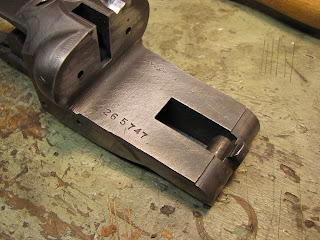 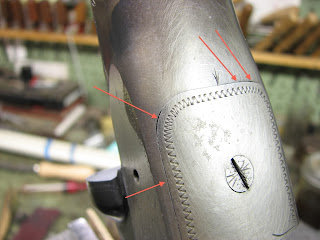 The cleaned-up frame flats, breech faces and triggerplate fit, along with some rough shaping. 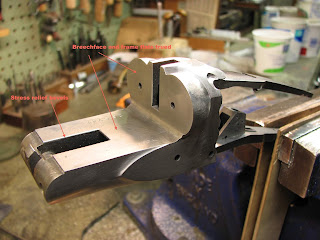 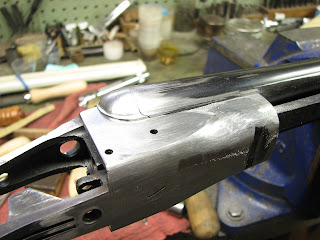 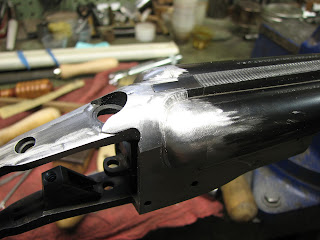 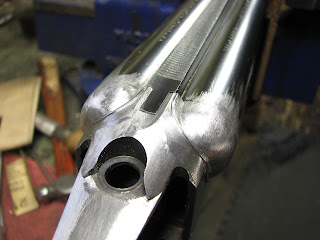 Usually I leave a raised bead around the bottomside curve of the fence, but since the uncaring slobs at the factory didn't leave as much material on the left side of the frame as they did on the right, and the idea of welding on that particular area of the frame doesn't make me feel all warm and fuzzy, I had to do something a bit different.  It turned out to be fortuitous because I think that this looks much better, even though it took much more time to execute.  Obviously, this will continue into the edge of the barrel flats and forend iron. 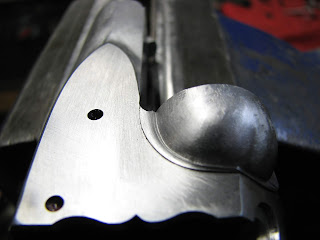 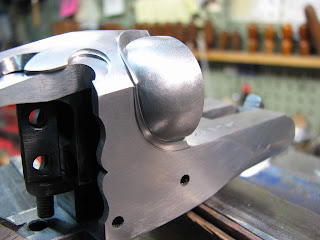 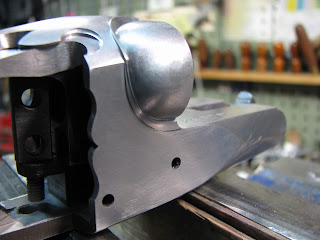 The bolsters on either side of the toplever were reshaped and sunken coves were chiseled at the area where the topstrap meets the frame.  This was done to create a "layered" look, and the concave edge treatment of the coves ties in well with the lower fence edge.  I also narrowed the topstrap so that the bolsters would overhang the stock, adding to the layered look.  It also allows the upper stock "horns" to be usefully thicker and therefore stronger.  The half-assed convex at the point where the strap narrows was changed to a concave shape that is actually the same on both sides. 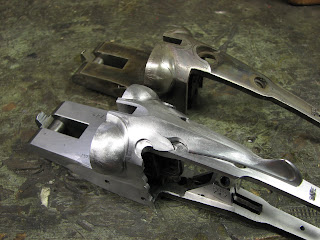 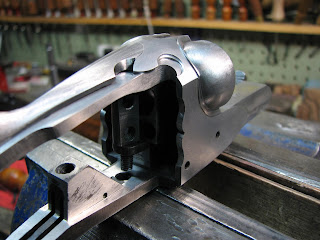 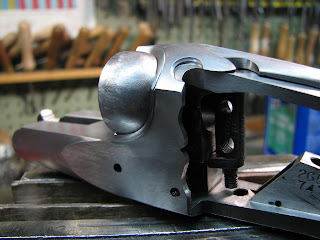 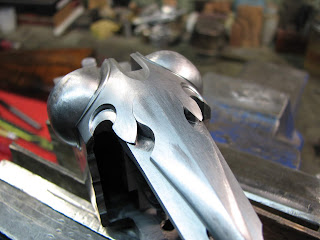 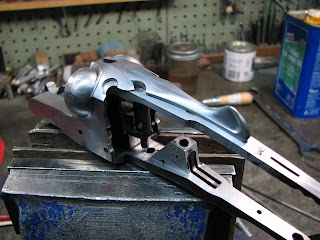 Maybe you're wondering about that toplever.  After cutting off the majority of the original toplever, new material was welded on and filed up.  The racy looking concave thumbpad is only on the left side. 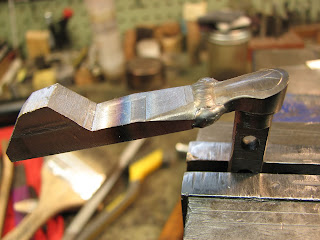 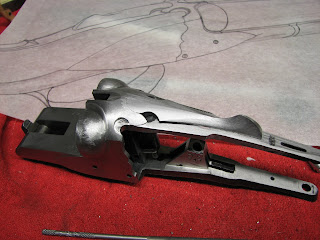 Stay tuned, only a couple hundred more hours to go...