This Harkom 20 bore hammergun was tarted-up and "repaired" for resale by a party that won't be named but, I will detail the complete lack of anything resembling correct workmanship used in the repair.

To start, not all steels are satisfactorily weldable, this includes the oil-hardening varieties.  This fact did not stand in the way of the "gunsmith" attempting to repair the left tumbler precisely by that method.  The welded tumbler was discovered when the left lock was disassembled to remove the broken remains of the hammer screw, the head of which had fallen off.  After examining the broken screw, two things became apparent.  One was a noticeable amount of some sort of epoxy around the tumbler shank, the other was evidence of attempts at prior removal of the broken screw shank.  These two items might lead one to believe that the screw head was simply epoxied in place.  Not surprising when the workmanship of the other repairs became apparent.

The gun as it came in, 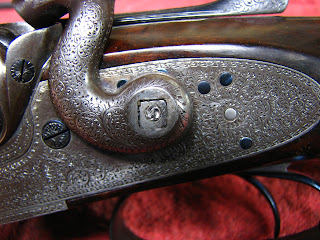 The horrible, bird-shit welded, warped, butter-soft and buffing wheeled "repair" of the tumbler, keep in mind that these are top-quality Stanton locks.
Let's take good, detailed look at the "craftsmanship" and note the utter lack of similarity to the original workmanship. 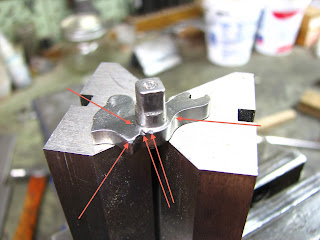 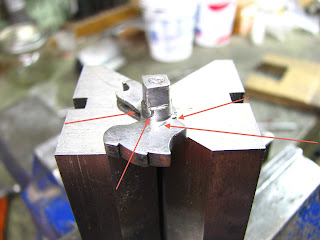 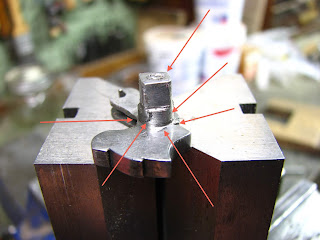 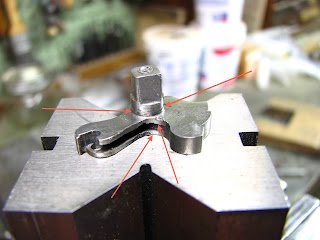 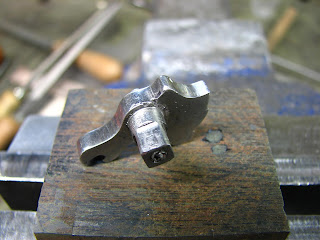 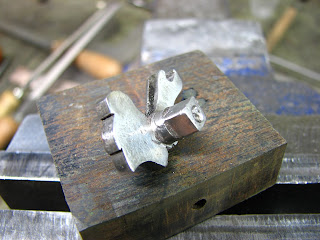 The new tumbler blanked from O1 on the lathe, from here on, it's pretty much hand work. 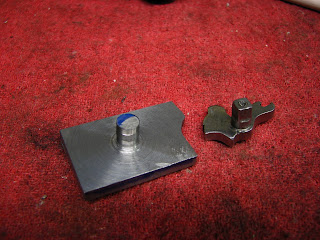 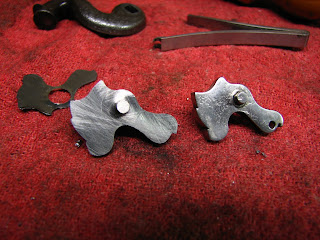 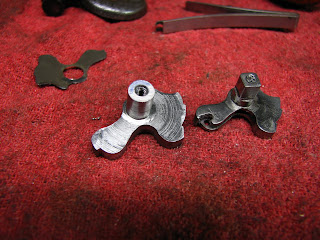 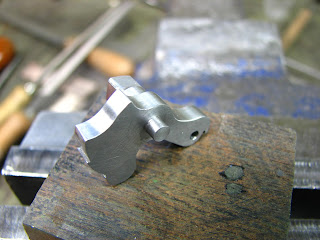 Ready for heat-treating and final polishing, the full and half-cock bents are filed to final shape and will be stoned for smoothness after heat-treating, the recess for the swivel is cut and the flats that drive the hammer are filed up. 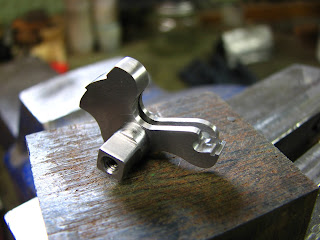 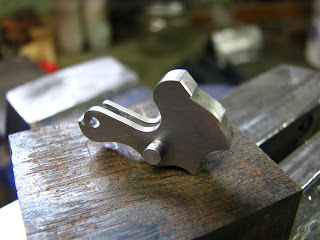 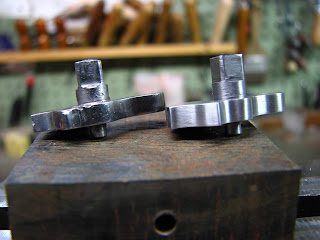 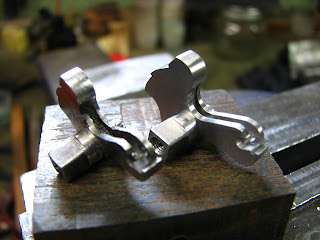 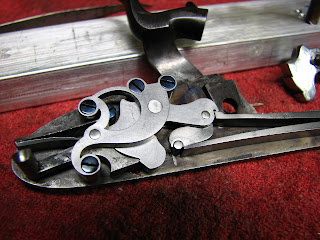 The new hammer screw was made in the usual fashion.  Here it's in my engraving vise... 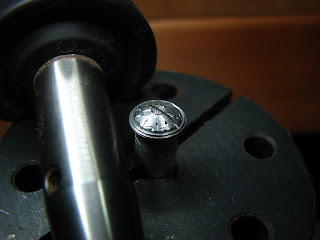 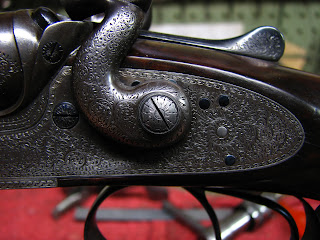 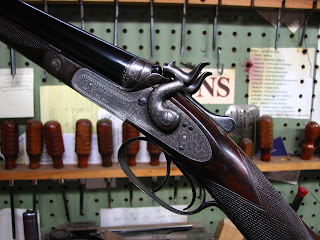 This is a perfect example of how anything less than best-quality workmanship in repairs can have a detrimental effect on your investment in a fine double.  Yes, doing it the right way takes longer than the half-assed way, but the right way lasts longer and maintains the value of the gun precisely because the repair is indistinguishable from original.