Ouch! That Left a Mark.

The client was carrying his Watson Bros. best in a rear-loading slip case, the kind with the flap and snap buckle when, apparently, the buckle failed as he was loading the gun into his car.  The gun slid out and met with a rock, right on the heel of the stock.  As the photos show, the result was not the kind of thing that "makes one's day".  Luckily, all of the wood was still there, just not where it once was.  This was fortuitous because, even though the fibers were crushed and partially broken, they were still there.  This meant that I was able to steam them back up and then repair the area.  Absolutely no filler of any kind was used in the repair of the impact damage, it's all wood.  The engraving on the heel plate was also damaged in the mishap.  I took a smoke print of the original engraving before correcting the damage, so that I could recut the original pattern.  I ended up rechasing the engraving of the entire plate.  Since the entire butt would need to be refinished (due to the repair of fracture where the heel plate meets the wood), the inevitable small dents that had been visited upon the buttstock as a consequence of normal use were also corrected. 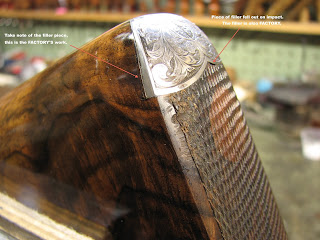 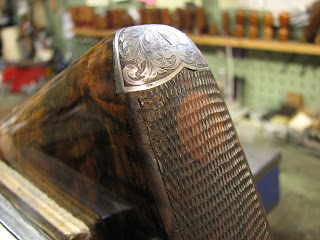 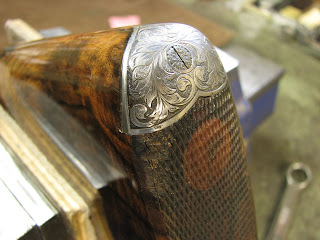 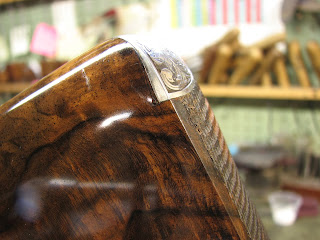 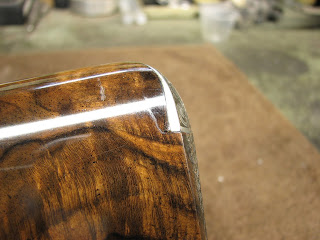 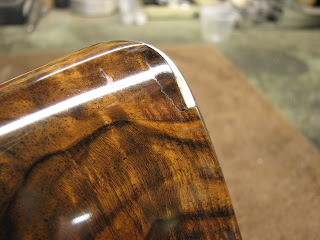 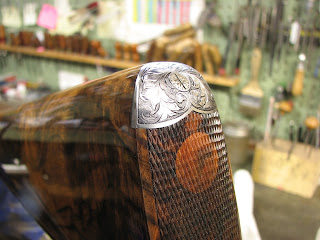 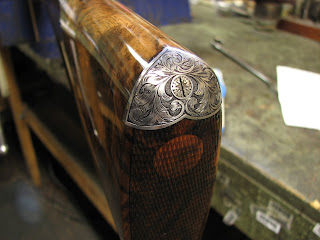 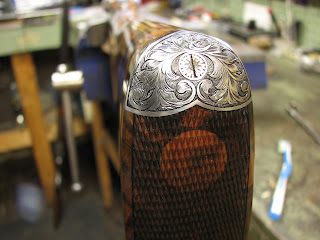 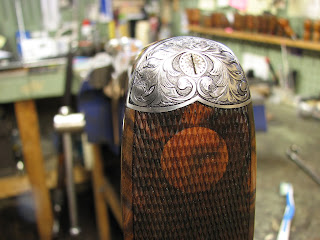 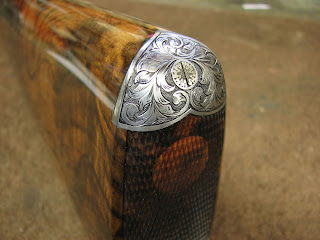