Here is an H&H Paradox hammergun that needed some attention as it's been, shall we say, well used.  The owner bought it from Australia and it came in its original case with all accessories except the bullet sizer, which is quite an important element in the feeding of the gun.  As for the gun, it was missing the rear sling swivel (the base was still there at least), the triggerplate screw suffered the ham-fisted wielding of an ill-fitting screwdriver, sticking strikers, a bent left hammer and quite a hitch in the trigger pull of the left lock.  It desperately needed a thorough cleaning as well. 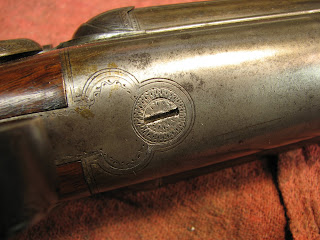 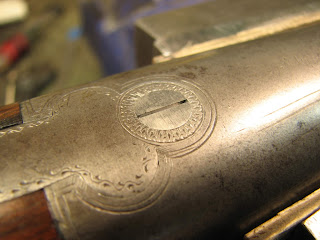 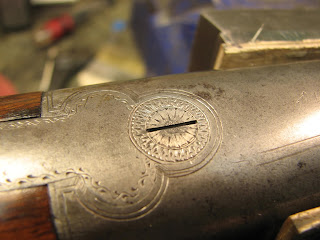 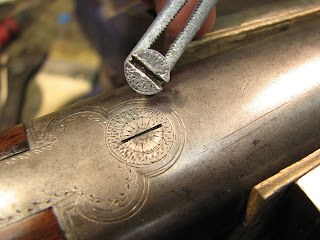 The surviving front sling swivel was measured in order to make the matching rear part. 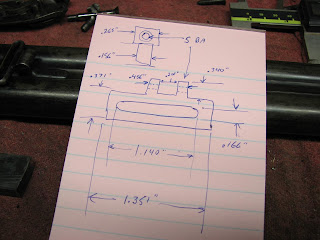 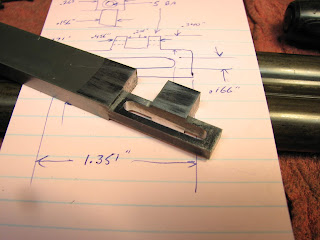 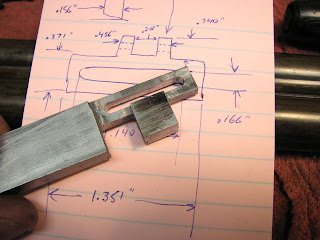 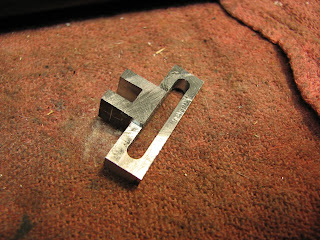 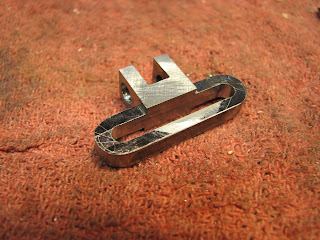 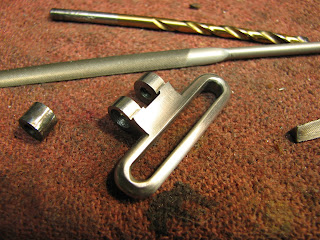 Once work on the gun was finished, I began on the bullet sizer.  The unit that I designed and made is functionally identical to the factory tool but different in configuration.  It sizes the bullet to .735" diameter.  That's not a grease groove in the bullets, it's there to give the lead in the driving bands somewhere to go when the bullet hits the rifling. 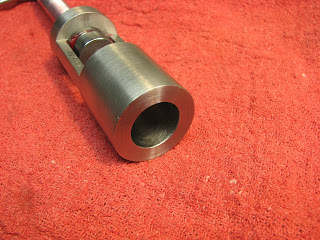 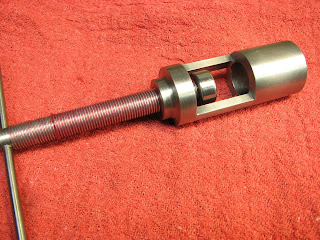 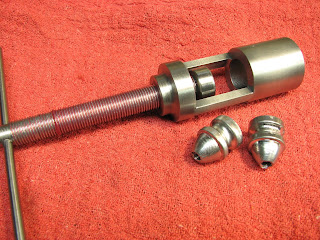 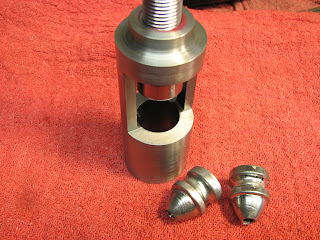 Here are a couple of photos of the gun. 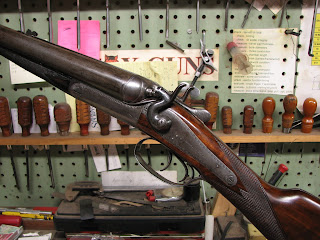 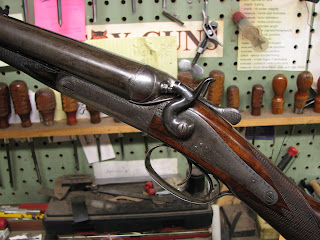